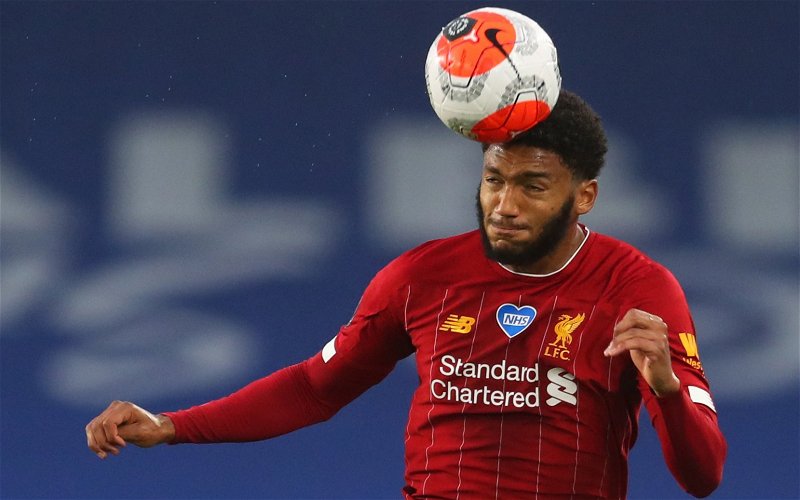 Liverpool maintained their push for the quadruple after beating Newcastle United 1-0 at St. James’ Park thanks to a Naby Keita strike in the first half.

With the tie sandwiched between the Champions League semi-final, Jurgen Klopp opted to make changes to his starting XI, with Joe Gomez being given the nod at right-back.

He had a solid game out of his natural position and deputised for Trent Alexander-Arnold very well. He actually had more touches than Andy Robertson on the other flank, so Gomez was heavily involved in everything the Reds did at St James’ Park.

After the game, he took to Instagram to share his delight at the result, with most of his teammates commenting, including Roberto Firmino calling him a ‘machine’: 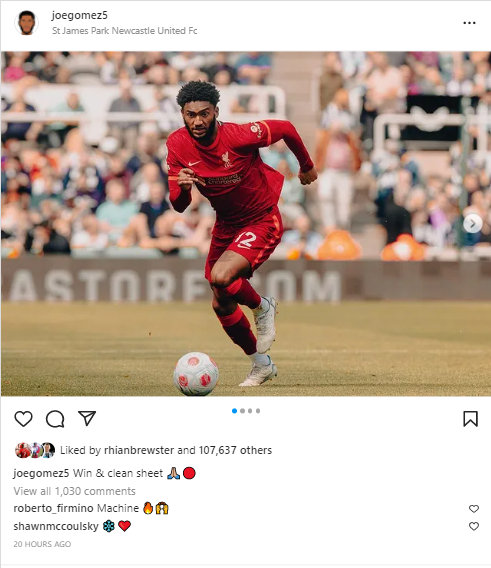 He only has 20 appearances so far this season in all competitions, falling down the pecking order behind the likes of Joel Matip and Ibrahima Konate. With that in mind, he has been linked with a move away from Anfield, with Steven Gerrard ‘keen‘ to bring him to Aston Villa.

Seeing the players pull together like that for a player who played a big part in another clean sheet for the reds after a difficult season perfectly shows what sort of togetherness the group has.