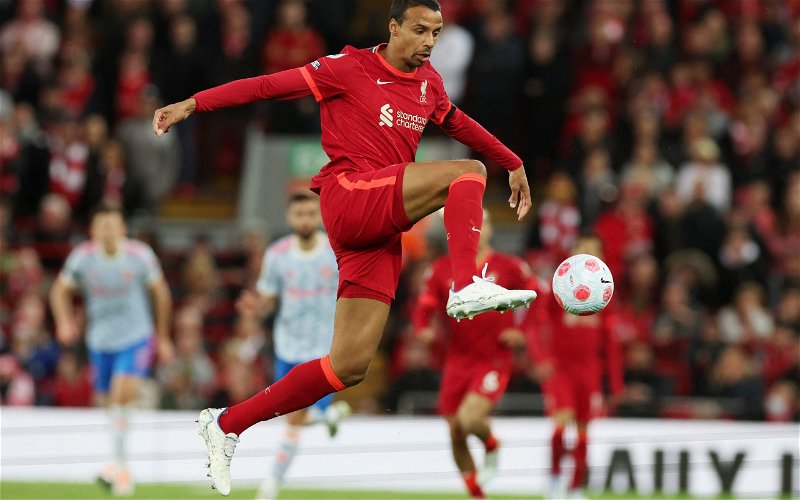 Liverpool reporter James Pearce expects Joel Matip to come into the side for the Reds’ visit to Aston Villa tonight.

Liverpool travel to Villa Park three points behind Manchester City in the Premier League table after they were unable to beat Tottenham at Anfield and the Citizens hammered Newcastle 5-0. The Merseyside outfit are still in three competitions and will end the season having played every single possible game they could have done at the start of the campaign.

As such, Jurgen Klopp will need to rotate a little to keep players fresh, and Pearce believes Matip will be re-introduced to the starting XI. He said on the latest episode of The Red Agenda podcast (27.37), “So you’d imagine that Joel Matip would come back into the back four.”

£16.2m-valued Matip has been Virgil van Dijk’s main defensive partner throughout the campaign, making 39 appearances in all competitions. However, with so many games coming in a short period of time, Klopp has used Ibrahima Konate a little more frequently, with the Frenchman starting all but one of Liverpool’s Champions League knockout encounters.

Both have done a stellar job, allowing Liverpool to keep fighting on so many fronts. Konate has also played in every F.A Cup match, meaning he is likely to be involved in the final on Saturday. Therefore, it makes perfect sense for Matip to come back into the team, and it will unlikely have a negative impact on the overall performance.