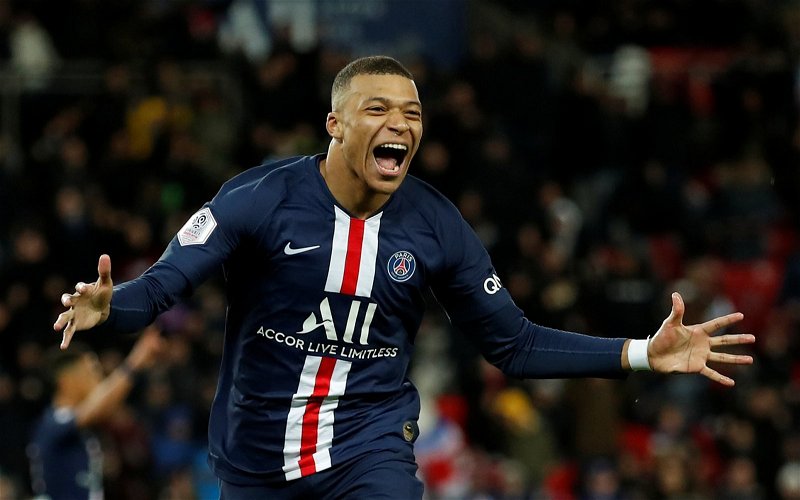 Pundit and former Liverpool defender Phil Babb has claimed that if the Reds can sign Kylian Mbappe in the summer, he would form a fierce attack with Luis Diaz.

It has recently been confirmed that Mbappe is on the radar of Premier League club Liverpool ahead of the summer transfer window, but the Reds face fierce competition from Spanish giants Real Madrid, and the two clubs will face each other in the upcoming Champions League final.

Mbappe is one of the most sought-after players in world football and has recorded a remarkable 25 goals and 19 assists in 34 Ligue 1 games this season.

Following reports Mbappe could be heading to Anfield this summer, Babb noted how deadly him and Diaz could be on either flank next season, whilst talking on the Sky Sports Football YouTube channel.

He said: “With Diaz on one side and Mbappe on the other, wow, what an attacking threat that would be,” Babb said.

Mbappe is undoubtedly one of Europe’s biggest talents, his current market value is £144m, according to Transfermarkt. He has the joint second-highest average player rating in Ligue 1, is the top scorer in the league and also has the most assists in the division, as per SofaScore.

There is no doubt that Mbappe would add a massive threat to the Liverpool front three, but with Mohamed Salah, Sadio Mane, Diaz, Roberto Firmino and Diogo Jota already in the squad, it is likely that one of their current forwards would have to make way.

Diaz has made an instant impact at Liverpool since signing in January, with 10 goal contributions in 24 games in all competitions and the fifth-highest average player rating in the Premier League at the club (7.27), as per SofaScore.