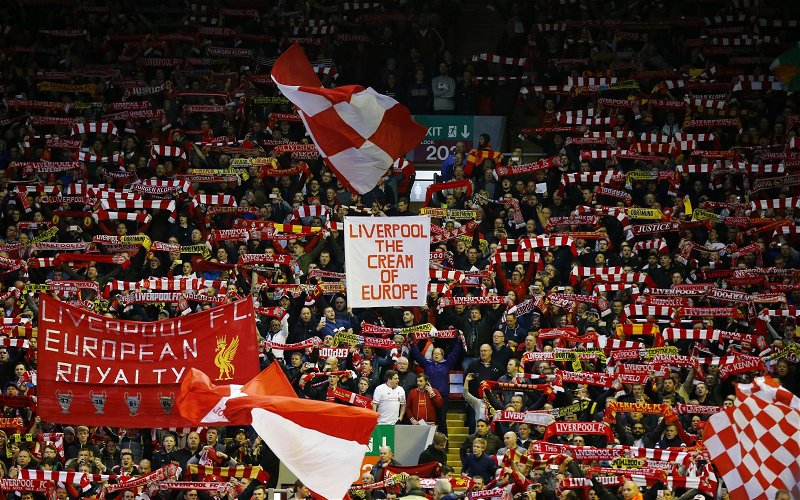 Liverpool added to their trophy haul for the 2021/2022 season on Saturday evening, getting the better of Chelsea for the second time this season at Wembley to make it two trophies from a possible two so far, with the quadruple still on.

As per Liverpool tradition, the supporters belted out their anthem from Gerry and the Pacemakers’, You’ll Never Walk Alone. However, since 2018 the supporters have got a modern anthem to partner with the classic.

Nothing will ever come close to You’ll Never Walk Alone to Liverpool supporters who sing the song religiously every game.

After both cup triumphs this season, Dua Lipa’s hit song ‘One Kiss’ has been blasted out by Reds supporters, with the singer taking to Instagram to share her support for the Reds: 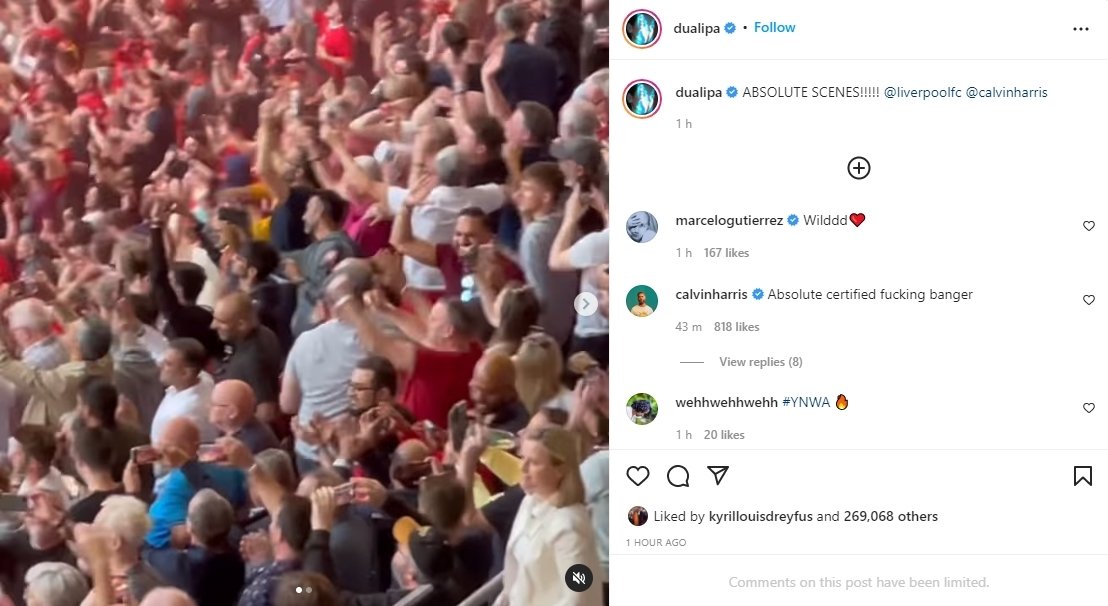 Dua Lipa performed at the 2018 Champions League final when Liverpool took on Real Madrid. Liverpool supporters had a banner with Steven Gerrard kissing the Champions League trophy on it with the lyrics to ‘One Kiss’ on the banner.

Since then, the song has become a staple of Liverpool’s triumphs and the singer has become an ‘honorary Liverpool fan’ and created a bond with the club and supporters, something that will only strengthen after her post on Instagram. She was pictured with a personalised Liverpool shirt with club legend Jamie Carragher recently.

And Liverpool fans will be hoping Saturday was not the last time they will hear that song blasted through the sound system with a huge fortnight ahead of them.

In other news, Jurgen Klopp slammed by journalist