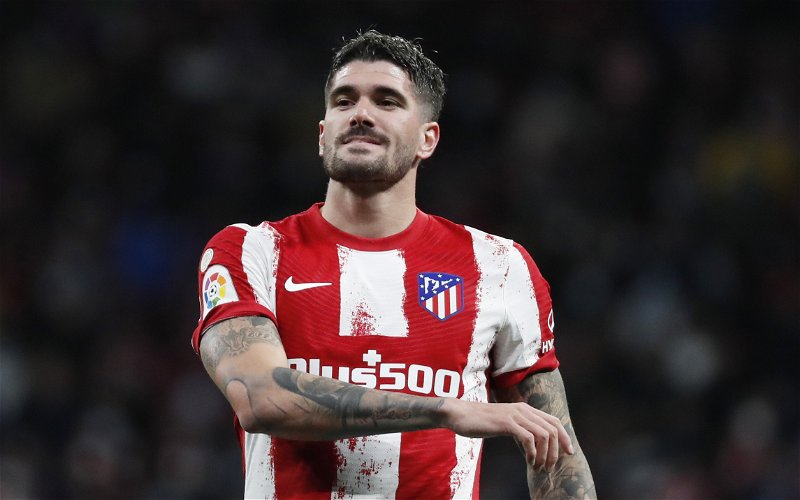 Leeds United would be keen on signing Atletico Madrid midfielder Rodrigo De Paul in the upcoming transfer window, according to journalist Dean Jones.

The Whites were heavily linked with the Argentinian in the summer of 2020 while he was at Udinese, and the player himself even appeared to suggest that he would like to join the club – but a move never materialised.

At the start of the season, he was snapped up by Atleti, but De Paul is reportedly unhappy at the club – and the Yorkshire side are alert to the situation.

Jones revealed that Leeds director of football Victor Orta ‘loves’ the player, but believes that a move for the player may be unachievable at present.

He told GiveMeSport: “Victor Orta loves him, but I just think he’s beyond their reach at the moment. I mean, financially, I’m not sure that they can go there at the moment.

“He’ll be linked with some massive clubs and be on big wages. So, while I’m sure they would love him, I would imagine he’s beyond their reach at this point.”

It took Atleti almost £30m to bring the 27-year-old to the Spanish capital last summer, and having been deployed more defensively in Diego Simeone’s system, his attacking output has waned – with just four goal contributions in his 44 outings across all competitions – down from 20 in 38 for Udinese last term.

However, his nine goals and 10 assists in 36 Serie A games during the previous season highlights his ability and De Paul could profit from Leeds’ high-octane approach, but their budget could hinder them from signing the £36m-rated maestro, meaning alternative options may be needed.

AND in other news, ‘Nothing short of spectacular’ – McGilligan makes ‘staggering’ Leeds claim