Leeds United: Crouch commends Marsch after hearing about him 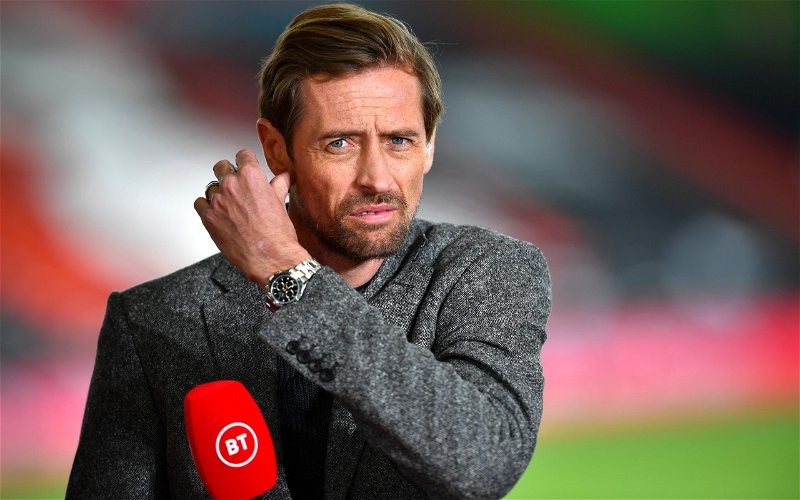 Despite being drawn into a relegation scrap in recent weeks, Peter Crouch has hailed Jesse Marsch for the job he has done at Leeds United.

The American head coach was appointed by Leeds officials at the end of February after a 4-0 defeat to Tottenham Hotspur that saw Marcelo Bielsa sacked with Leeds just two points above the relegation zone after five defeats in six games.

That gap to the bottom three remains the same after a 4-0 loss to league leaders Manchester City on Saturday but 18th-placed Everton do hold a game in hand over Leeds which has them looking anxiously over their shoulder.

However, writing in his column for the Daily Mail, former journeyman striker Crouch complimented Marsch for the start he has had at Elland Road and has heralded his ability to unite the squad through a difficult period.

“It’s always a fresh start for everyone. The first couple of weeks everything goes up a notch or two.

“There is a clean slate across the board, even for the players who had been picked by the previous manager. Training goes up and that translates to performances.

“It doesn’t really matter who comes in at first because standards do rise for a bit and the question is how long that can sustain itself for. It might only give you a couple of wins but those could be all you need. It’s clear why these clubs, especially at the bottom, fire and hire.

“You can tell when teams down tools and lose faith in the boss. If you’re changing a manager halfway through the season you’re usually struggling. A proper speech can have you believing in him straight away.

“I read in Sportsmail over the weekend that Jesse Marsch was applauded by the Leeds players after his first meeting with them. It must’ve been a rousing speech!

“They’ve done fairly well since, unbeaten in five games before losing against Manchester City, and the trick will be whether they can go again after a promising start. The new man does need instant rapport with his players, as time is usually of the essence.”

It’s great to see that the players are already buying into what he’s trying to do at Leeds, which was evident in the positive run after he first took over.

After a poor first half of the season with RB Leipzig, Marsch was fired by the German side having previously made his name at sister club RB Salzburg in Austria.

He earned the respect of Liverpool manager Jurgen Klopp for a memorable Champions League group tie at Anfield which saw the Austrian champions fight from three goals down at halftime before eventually losing 4-3 and you get the feeling that if the Yorkshire club can survive this term, exciting times lie ahead for those at Thorp Arch.

His arrival in the dugout could be the key to getting a deal for January target and fellow American Brenden Aaronson over the line in the summer and with Champions League experience Marsch could be able to entice a whole raft of talent to ensure that the side progress next season.