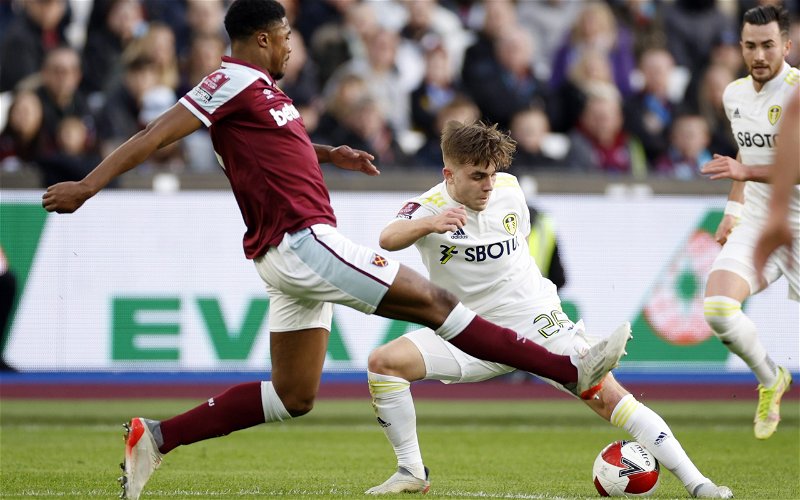 The Whites find themselves in a perilous position towards the bottom of the Premier League table as they aim to avoid relegation to the Championship. They are currently in the bottom three, although they are level on points with Burnley in 18th above them. Chelsea will make the visit to Elland Road this midweek, with the Blues themselves struggling for form having won just one of their last five league matches.

Writing on Twitter, Donnohue suggested Bate could be in line to feature. He said, “It hasn’t been a straightforward first 10 months for Lewis Bate at #LUFC, but he’s been consistent, showed progress and is now in first-team contention: a key selling point of Victor Orta’s last summer. Marsch happy to throw him in vs Chelsea tonight.”

Bate, of course, joined from Chelsea last summer, so he would surely be eager to get a run-out against his former side. The 19-year-old has so far not pulled up any trees in Yorkshire, having made just three appearances in all competitions, but he played the whole second half against Arsenal as Leeds threatened to recover from a 2-0 deficit, ultimately losing 2-1. He was given a respectable 6/10 from Beren Cross who praised the youngster for his ‘very promising’ performance at the Emirates.

Do you think Leeds will get relegated?

It does not really need to be said, but this is a must not lose game for Leeds, and it may be one they have to win depending on other results. If Bate is given the opportunity, either from the start or later on in the game, it is one he must take – Marsch’s and Leeds’ future may well depend on it.