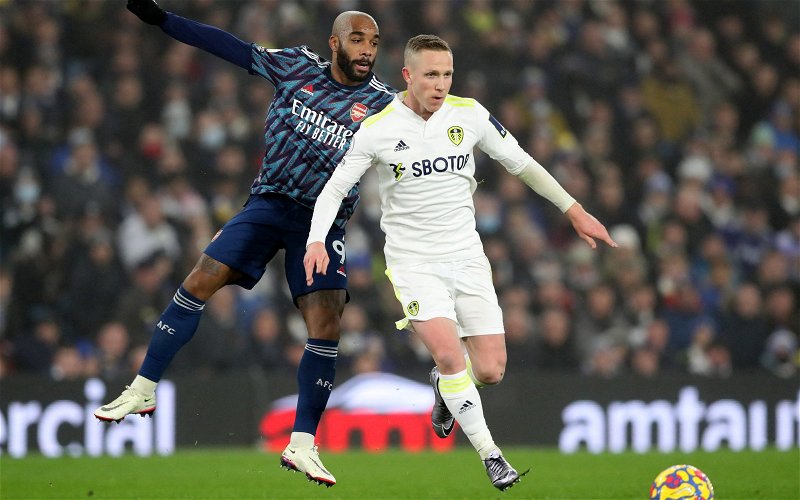 Leeds United’s season could still end in the worst way possible for the Whites, with Premier League survival no longer in their own hands.

Saturday evening saw Jesse Marsch’s side fall to a humbling defeat at the hands of Manchester City who reclaimed top spot with the victory.

Rodri opened the scoring before Nathan Ake and Gabriel Jesus put the game to bed, firing City into a 3-0 lead. Fernandinho then completed the scoring in stoppage time, making it 4-0 to Pep Guardiola’s side. It got worse for Leeds as Stuart Dallas was stretchered off in the clash with what appeared to be a horrific injury.

After yet another injury at Leeds, Paul Robinson spoke to MOT Leeds News on the problems it has caused the Whites this season, focussing on Adam Forshaw who is now out for the remainder of the campaign:

“It’s a massive blow for him personally because he’s had such mental strength to come back from the injuries he’s had before and to perform at the level he has done this season.

“He was like a new signing this season and the form he managed to regain was at a level that not a lot of people didn’t expect him to go to. For him to have a serious injury that’ll keep him out for so long is a massive blow for Leeds but it’s a huge blow for him personally.”

Forshaw has had a great comeback this season, after missing 71 games in the 19/20 season, he has featured 22 times in the Premier League this campaign. So to have another serious injury after that comeback will be horrendous.

Leeds are now just one place above the drop zone, holding a five-point cushion to Everton, although the Toffees do have two games in hand, so survival, as things stand, is not in Leeds’ own hands.

However, given Forshaw’s long list of injury issues, it does make us wonder how much of a focus will be put on finding a new central midfielder in the summer?

In other news, Junior Firpo slammed