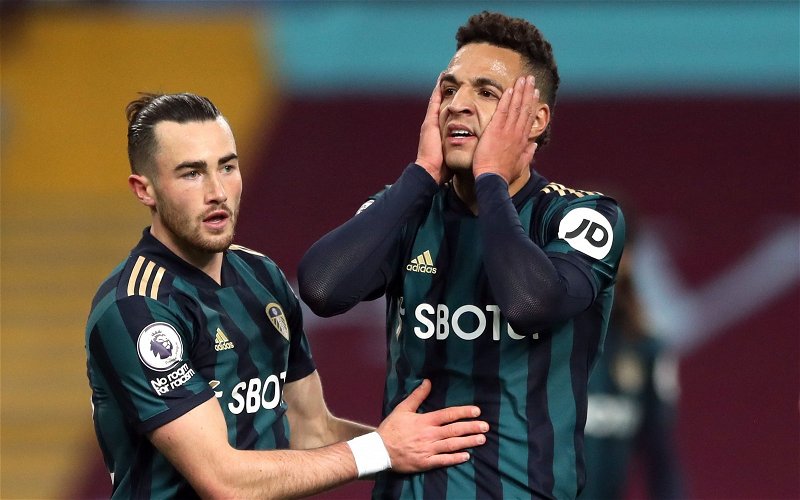 Leeds United still find themselves right in the middle of the relegation battle after picking up a 4-0 thumping by league leaders Manchester City despite putting up a fight on the pitch as the class between the two sides shone through in the end.

The Whites received bad news before kick-off as captain Liam Cooper was seen walking back down the tunnel during the team’s warm-up as he sustained an injury that would keep him out of the game. But despite starting well against the Citizens, they came undone quickly as Rodri put the visitors 1-0 up in the 13th minute.

Leeds did well to hold on to the one-goal deficit until half-time, but the second 45 was where City showed their ruthlessness, managing to bag three more goals through Nathan Ake, Gabriel Jesus and Fernandinho as the visitors put themselves back in the driving seat in a win that saw Leeds stay in 17th, only five points off the drop zone.

Although Leeds did manage to trouble the City defence at times – particularly late on through Dan James’ blocked shot in the 90th minute – they failed to put consistent pressure on their opponents, only recording two shots on target during the game, which left room for criticism on their frontline.

Striker Rodrigo was slammed by 90min journalist Sean Walsh in his post-match player ratings, giving the Spanish frontman a 3/10 for his efforts. He claimed: “Led the line horrendously. His runs were inconsistent and all over the place, never looking like being on the same wavelength as his teammate.”

There is no doubt it was a poor outing for the Leeds striker when you look at his stats on SofaScore. During his 83 minutes on the pitch, he failed to register a single shot or dribble attempt while losing possession 13 times and only managing to win one of his two aerial duels.

He was also nowhere to be seen in the playmaking department, having no key passes in the game while only averaging 40 touches on the ball – the least touches of any of the attacking players. This kind of performance is unacceptable when you are in any Premier League side, let alone a team that is battling for its life in the top flight.