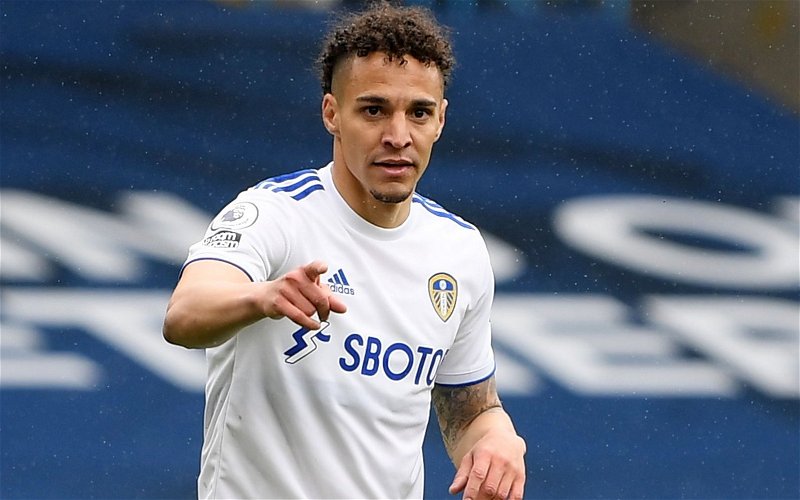 Beren Cross has revealed what he noticed Rodrigo do during Leeds United’s defeat last night.

Leeds suffered a crushing blow last night at Elland Road which saw them remain in the bottom three while their relegation rivals Everton picked up a precious point and clean sheet away from home to move two points above the drop zone.

Has Rodrigo been a flop at Leeds?

The Whites’ evening started horrifically, conceding to Chelsea after just four minutes before Daniel James decided to launch himself into a dangerous tackle on Mateo Kovacic which saw him sent off early in the first half.

However, Cross noticed something interesting with Rodrigo during the defeat that Leeds fans may not have noticed with the journalist tweeting out: “Rodrigo covered his mouth, but the shrugs and pointing around the pitch said a lot about his feelings last night. His venting session with Jorginho among some of the bits you may have missed at Elland Road.”

This is not something that Leeds fans will want to see from their players who are in real trouble near the bottom of the Premier League, one of their players in conversation with an opponent and just shrugging, potentially indicating he doesn’t know what’s going on.

Leeds, who now have two of their regular starts suspended for the remainder of the season in Luke Ayling and James, will be looking towards anyone that can step up and drag them out of the bottom three, with their record signing likely to be one of the first ones they look to inspiration for.