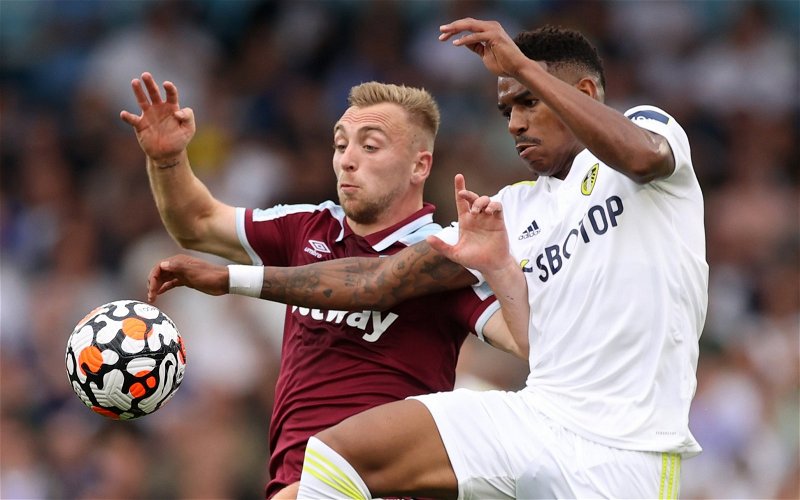 In their last league outing, the Whites were humbled 4-0 at home by Manchester City. In that game, the club’s left-back made his return to the pitch after missing the past five matches.

It didn’t take long for Firpo to remind fans of his presence back on the field either. Indeed, just six minutes into the game he picked up a yellow card. This was his 10th Premier League yellow card of the campaign, having played just 20 games.

While speaking about this statistic on the One Leeds Fan Channel, McGilligan could not help but heavily criticise the player for such a poor record.

That statistic McGilligan refers too was indeed shared on Twitter by @LUFCDATA who explain that Firpo has picked up more yellow cards (10) this season than any other Premier League player, despite only making 16 starts across the season (although McGilligan misquotes it as 14 starts).

Was Junior Firpo a poor singing by Leeds?

On top of that, they also add that no player who has managed less than the Leeds defender’s 1400 minutes of football in the league has picked up more than seven bookings.

With that in mind, it’s pretty easy to see why McGilligan has made clear his frustrations with the defender. In fact, the journalist recenlty used Firpo as an example to highlight the Leeds board’s ‘shody’ recruitment over the past 12 months.

All in all, it’s not been a very good debut campaign for the fullback and this latest disciplinary misdemeanour just seems to sum things up.