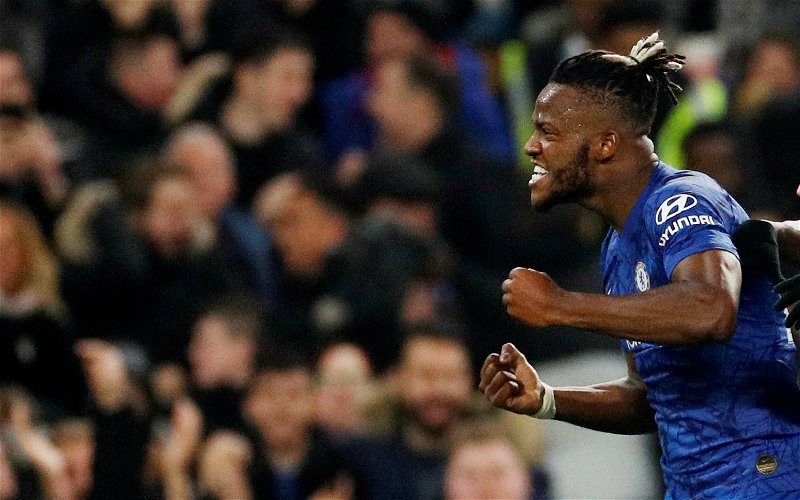 Journalist Dean Jones has claimed that Michy Batshuayi may not be one of the people that Jesse Marsch is looking at ahead of the summer transfer window.

There have been reports stating that Chelsea will look to offload Batshuayi on a permanent deal in the summer, and there is a haul of Premier League clubs who have shown interest, including Leeds United, whose main forward, Patrick Bamford, has missed the majority of the season through injury.

Batshuayi has been impressive for Besiktas in the Super Lig this season, he has scored an impressive 14 league goals in 30 games, whilst also contributing with five assists.

After reports that Leeds are interested in Batshuayi in the summer, Dean Jones claimed to GiveMeSport that the Belgian may not be someone who Marsch would opt for to solve their problems.

“I’d be surprised if that was the player that Marsch thought was the answer to their problems. It’s hard to judge him because, at one stage coming into English football, he looked like the next big thing, and we’ve seen flashes of that, but we haven’t seen it consistently,” Jones said.

Leeds United have struggled this campaign and if Everton win their game in hand, then they could slip into the bottom three. Just six sides have scored fewer goals than them in the Premier League, and this could be largely down to the absence of star striker Patrick Bamford, who netted 17 times last term in the league.

Although Bamford may be fit at the start of next season, Leeds will not be able to afford to have another crisis like this campaign next term, so it will be likely that Marsch will seek to bring in another forward.