Leeds United: 21-year-old defender should be on Marsch’s list

Journalist Conor McGilligan has claimed that Leeds United should look to sign 21-year-old defender Nathan Collins in the summer transfer window to bolster their defence ahead of the next Premier League season.

After narrowly surviving the drop from the Premier League this season, finishing 17th and only three points off Burnley in the relegation zone it looks like Victor Orta and the rest of the Leeds brass are going to back new boss Jesse Marsch in the summer transfer window with new a number of new signings.

They started the window tremendously by signing Red Bull Salzburg attacking midfielder Brenden Aaronson for a reported £24.7 million but now turn their attention to the defence, which finished the 21/22 season as the second-worst in the Premier League with only relegated Norwich conceding more than Leeds’ 79 goals. 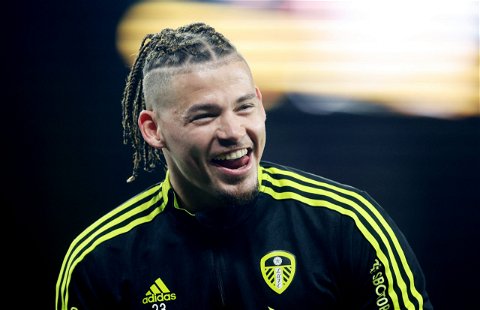 'It was implied...' - Journalist hints at news Leeds fans have all been waiting for

The player they are rumoured to be looking at is Burnley’s Nathan Collins, who enjoyed a break-out season for the Clarets after club captain Ben Mee picked up an injury, according to McGilligan.

The journalist said on his YouTube channel, One Leeds Fan Channel, “He’s been great for Burnley, and boy oh boy this guy is going to go onto very, very good things. Apparently, Newcastle, Everton, and Leeds are in for Nathan Collins’ transfer this window. Keep an eye on that one”. (4:41)

Leeds certainly needs some help and some youth injected into the backline as three of their four starters currently sit over the age of 30, with Liam Cooper (30), Diego Llorente (28), Luke Ayling (30), and Stuart Dallas (31).

Collins would not only freshen up the backline but he would certainly fit right into the team. He is a big, physical defender that can cause trouble for attackers with his 1.9 tackles, 1.2 interceptions, four clearances, and 1.2 blocks per game. (Whoscored)

The defender also impresses from his Fbref stats, ranking in the 99th percentile for touches in the attacking penalty area, 98th for blocks, 97th for aerials duels with 4.47 and 85th for clearances. On the attacking side of the ball, he has also impressed in his short time on the pitch, sitting in the 97th percentile for non-penalty expected goals plus xG assisted, 94th for expected assists, and 895th for shot-creating actions.

The stats show the young defender can both defend and push the ball up the pitch which is key in today’s Premier League, so signing the £7.2 million-rated Irishman would be a risk willing to take for the price and the potential.