Everton: Pundit highlights what he heard Pickford say after victory 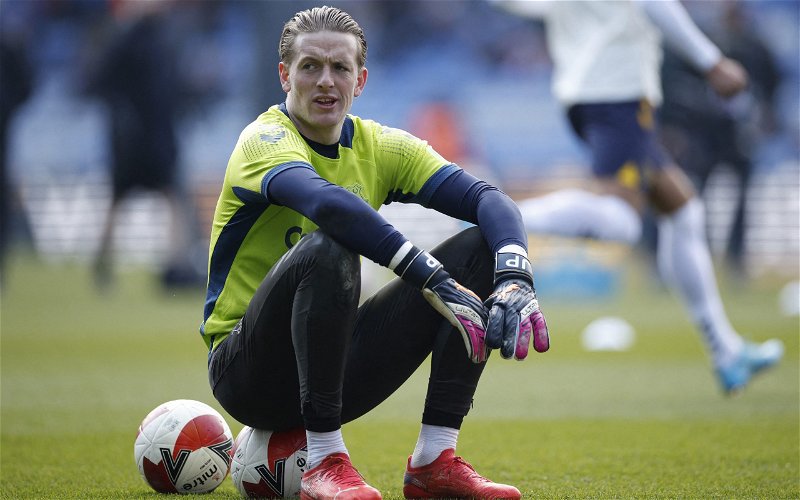 Pundit Chris Sutton has claimed that Everton are not to be trusted despite their recent impressive victory at Goodison Park.

Everton currently sit in the relegation zone, but a victory in their game in hand will mean that they will climb out of the bottom three in the Premier League, ahead of Leeds United. The Toffees have struggled this season, but they have recently achieved victories against Manchester United and Chelsea.

Jordan Pickford was brilliant against Chelsea in which he received a rating of 8.1 after making a number of crucial saves. He even attracted the praise of Michael Carrick for his performance.

With Everton struggling for form this season, but now turning things around after beating Manchester United and Chelsea in recent weeks, Chris Sutton has described Everton as weird and identified that you can’t trust them, on BBC’s Monday Night Club via The Boot Room.

“Everton are really weird. I heard Jordan Pickford talk after the game about team spirit and togetherness. Where’s it been earlier on in the season? You still can’t trust Everton.

“In fairness, what else was Pickford supposed to say after Everton won? You can only talk up the spirit that such a result produces and hope to carry it forward for the rest of the season,” Sutton said.

Jordan Pickford has been poor this season in terms of stats for Everton, there have been just four first-choice keepers that have kept fewer clean sheets than him (6) and he concedes the fifth most goals on average per game (1.7), as per Sofascore. However, his recent upturn in form has certainly helped the Toffees stay within touching distance of the teams above them, so things are looking up.

Indeed, the recent victory against Chelsea may have brought good spirit to the Toffees camp. And, at the end of the day, it doesn’t matter what has gone on so far this season as long as Lampard can keep them up.