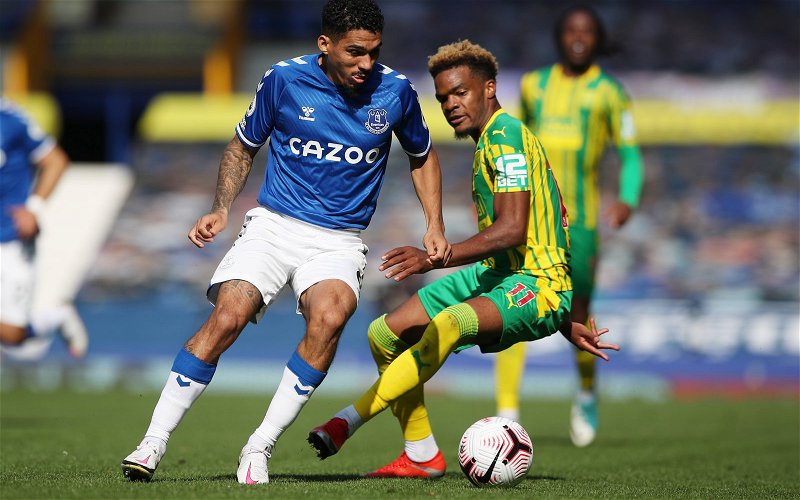 Journalist Paul Brown has claimed Allan was only ever going to be a short-term option for Everton due to his age and injury history.

There have been reports from Italy (via Sport Witness) that Everton are willing to let Brazilian midfielder Allan go at the end of the season, despite his contract not being set to expire until 2023. He has missed periods of this season due to injury but has still featured 27 times in the Premier League.

Everton have struggled this season, they are currently in the bottom three, but if they win their game in hand then they will move to one place above the drop zone with just four games left to play.

With Allan missing games again this season due to injury, Paul Brown has suggested to GiveMeSport Allan was never a long-term player for the Toffees:

“He has been kind of key to what they’ve done since he came in. It’s just his age. They knew they were getting a player who had a lot of miles on the clock when they signed him, and they knew that his injury record wasn’t great.

“So I think they probably knew when he signed that they were only looking at maybe a two, three-year window max really of Allan and then he’d have to move on one way or another. I think it’s inevitable really. He was only a short-term option for the club,” Brown said.

Whether Everton get relegated or not this season, then it is looking likely that Allan will move on, but if the Toffees do go down to the Championship, then it will be almost certain the Brazilian midfielder will exit Goodison Park.