Insider ExWHUemployee has claimed West Ham United are keen to target the French league for transfers this summer and are keeping an eye on Martin Terrier.

When the transfer market opens, there will no doubt be a clamour for clubs to try and sign exciting players from across the globe. With so many options out there, West Ham fans will be glad to hear it sounds as though their club have a clear idea of what part of the world they will target.

Indeed, while talking on The West Way Ham podcast, Ex made clear that David Moyes, his staff, and the club’s hierarchy are all in agreement that Ligue 1 is full of potential talent to chase after.

Should West Ham sign players from the French league? 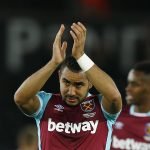 On top of that, supporters may also be interest to hear Stade Rennais attacker Terrier mentioned by name as a possible summer target.

Ex said (1:02:53): “There’s a guy called Martin Terrier of Rennes who can play on the left wing as well, all of those forwards in France would have been looked at because I know we value that league for bargains.

“And the club, Moyes, the scouts, the recruitment, the chairman all feel that the French league is possibly the one that’s got the biggest track record of players being able to convert to the English League most easily. So I think we’ll be looking at players there.”

At 25 years of age, Terrier is certainly a player with plenty of experience in France. Indeed, the Frenchman has already played for Ligue 1 clubs such as Lyon, Lille, Strasbourg and is currently with Rennes – picking up over 200 senior appearances across his career (via Transfermarkt)

Operating either on the wing or more centrally this season, he has impressed with some fine performances domestically, scoring 21 league goals while adding a couple of assists too. No doubt, it’s stats like that which have alerted Moyes and co to his quality.

If the club really are keen on signing talent from France, as Ex claims they are, then Terrier certainly seems to fit the bill on that front. It seems likely that the Hammers will keep their eye on a few options before making a move this summer, but the French winger could be the man they go for in the end.

In other news: ‘I know this factually’ – Ex reveals exciting West Ham news from ‘people in the club’