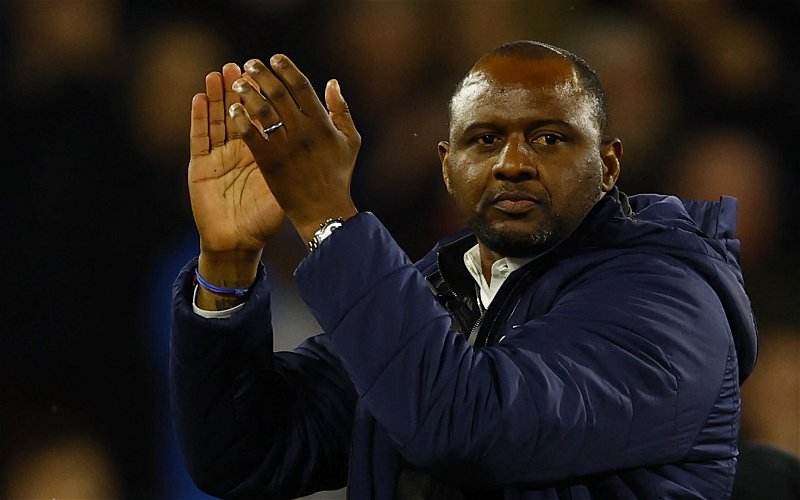 Aaron Wan-Bissaka could find himself back at Crystal Palace this summer, according to The Sun’s Tom Barclay.

Last month, Fabrizio Romano revealed that a return to Selhurst Park could well be on the cards for the Manchester United right-back, but there was still no decision on the “player’s side”.

The Croydon-born 24-year-old came through the ranks of the south London club before joining United for £50m in the summer of 2019, but despite making 126 appearances, his future at Old Trafford is now uncertain.

With Erik ten Hag on his way to the club, Sport Witness relayed an update from Tuttosport last month that Inter full-back Denzel Dumfries is high on the Dutchman’s wishlist, and he could be a potential replacement for Wan-Bissaka.

Barclay has revealed that although there would be complications surrounding a Palace reunion, a temporary move may be possible.

He told GIVEMESPORT: “I have checked it out. I don’t know how likely this one’s actually going to happen because I think Wan-Bissaka’s wages are quite high. I think the best chance of it happening is a loan.

“He’s from Croydon; his parents live relatively local. I mean, I think it would make sense, but it depends on whether he’s in Man United’s plans, if the deal works for Palace and if he’d definitely be interested in coming back.”

The £27m-rated full-back will be entering the final two years of his contract and hasn’t been a regular since the turn of the year, with Paul Scholes labelling him as ‘useless on the ball’ back in November.

If a deal is possible, Wan-Bissaka would arguably be an improvement in the Palace defence. His total of 56 blocks ranks him number one at his current employers and would position him third in the Eagles’ side, just behind Tyrick Mitchell and Cheikhou Kouyate.

While Patrick Vieira does have options at the No 2 position, Nathaniel Clyne is 31, while both Martin Kelly and Joel Ward are now 32, so they will need a long-term replacement in that area and the United man could look at Wilfried Zaha who fled the Eagles before ultimately returning after a failed move to the Red Devils that saw him make just two Premier League appearances.

During his last season at Selhurst Park, Wan-Bissaka was named the 2018/19 Crystal Palace Player of the Season and could perhaps be persuaded to reunite with his former colleagues in a bid to rediscover the form that earned him a big-money move – especially with a World Cup looming.

AND in other news, Sky Sports man now hints Crystal Palace are ‘worried’ after development