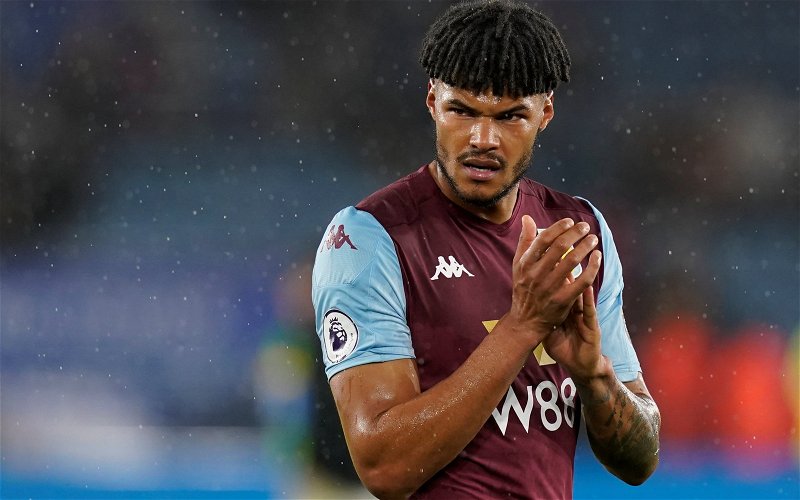 Pundit Carlton Palmer has claimed that Tyrone Mings may be replaced as Aston Villa captain ahead of next season.

Mings has been a mainstay at the back for Aston Villa since he signed for the club on an initial loan deal in January 2019, he has featured 125 times for Villa across all competitions, whilst scoring seven goals and registering seven assists.

In a recent interview, Villa boss Steven Gerrard claimed that he may be looking to bring in a leader in the summer, that could challenge Mings for the captaincy ahead of next season.

Gerrard has already shown his ruthlessness in January on his thoughts towards Matt Targett as he shipped him off to Newcastle United and immediately brought in Lucas Digne.

After the comments from Gerrard, Palmer highlighted to GiveMeSport that the English boss doesn’t fancy his current captain in the Premier League.

“The Scottish league, with all due respect, is not the same as the Premier League, but it’s evident that he doesn’t fancy Tyrone Mings,” Palmer said.

However, he is prone to a mistake, after he gives the ball away on average 10.5 times per game, and has received nine yellow cards this season, which is the most at the club, so Gerrard may be inclined to bring someone in for the captaincy role who has more discipline.