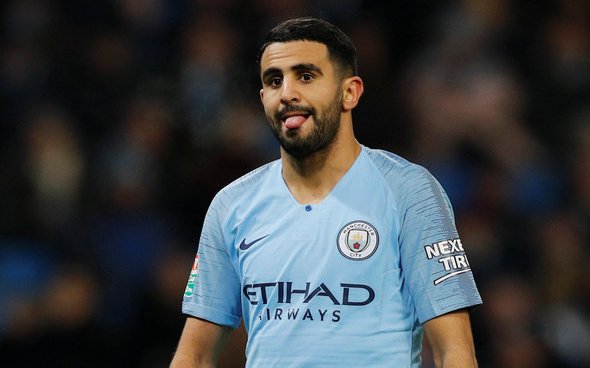 Journalist Dean Jones has claimed that Arsenal need to be signing players like Riyad Mahrez in the summer to take them to the next level.

Riyad Mahrez has been an outstanding performer for Manchester City this season but has been used as rotation with some of the other wingers at the club, as he has featured 25 times in the Premier League, but just 13 of those have been starts.

Arsenal currently sit fourth in the Premier League, two points above rivals Spurs and the North London derby is next week, so that game will be a huge deciding factor in terms of who qualifies for the Champions League.

With Arsenal on the brink of getting back into the Champions League, Dean Jones claimed to GiveMeSport that Mahrez is the type of player to take Arsenal to the next step.

“In the last year, Arsenal have looked at the possibility of signing Riyad Mahrez and Raheem Sterling. They’re looking for players of that next level, and they’ve got to try and get to that next level,” Jones said.

Arsenal have improved massively this season, they currently sit in a Champions League spot, so bringing in players such as Mahrez, who have consistently performed at the highest level, would be a huge step in the right direction.

City are in the pole position to win the Premier League, they are one point ahead with four games to go, so it may be difficult to see someone like Mahrez leaving the club, for a side that are 20 points behind them currently in the league.