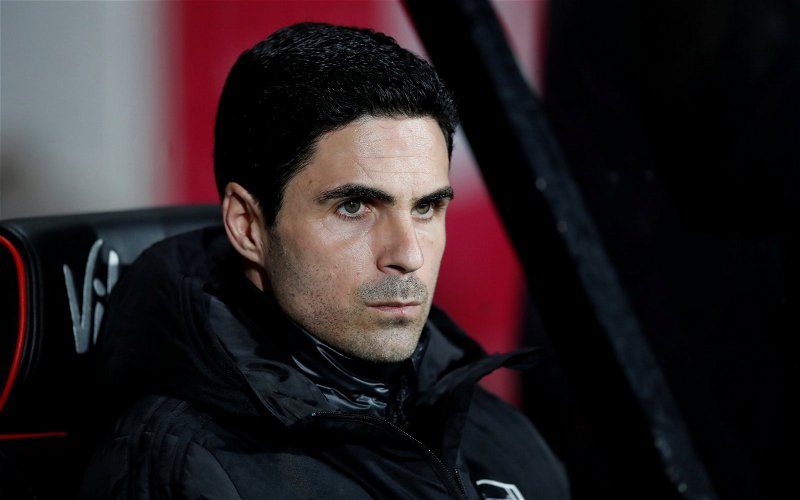 Sky Sports contributor Ben Dinnery has relayed what he knows on a potential injury to Arsenal star Bukayo Saka ahead of the trip to Tottenham.

The Gunners head to the Tottenham Hotspur Stadium in total control of fourth place knowing that a win would secure Champions League football for the first time since they qualified off the back of finishing runners-up to Leicester City in the 2015/16 campaign.

Mikel Arteta’s side saw off a valiant 10-man Leeds United on Sunday with Eddie Nketiah bagging a brace but for the third successive game their 20-year-old sparkplug was dragged off.

However, Dinnery has now clarified that it was simply to manage the England international’s workload as he deals with an ongoing issue.

Speaking on the Premier FPL Injuries YouTube channel he said:

(6:40)”We saw Bukayo Saka look as if he was walking a little bit gingerly when he was replaced on Sunday, that was played down by Mikel Arteta. Again, that was fatigue-related, so nothing major with regards to that. We’ve seen that in recent games. So this is a problem again, that’s just being managed and they just want to keep on top of that.”

During the north Londoners’ hiatus from Europe’s top table they have had to filter in some new talent and ever since his debut in September 2019, Saka has been a shining light in the side and one of the main reasons why they are in the position they are in.

The £58.5m-rated winger is the club’s leading goalscorer this term with 12 goals and ranks second for assists (6) and has averaged as 0.9 tackles and 0.6 interceptions per game, showing he can help out on the defensive side of the ball as well.

With the Gunners looking to seal their place in the Champions League they will need their key players fit so having Saka available will be sure to help their cause.