Sunderland: Carl Winchester admits he was ‘gutted’ not not play in the play-off final

Sunderland player Carl Winchester has confessed how upset he was to miss the end of the season for his club despite their success.

This weekend, the Black Cats managed to earn promotion back into the Championship via the League One play-offs.

Indeed, they beat Wycombe Wanderers 2-0 at Wembley thanks to goals from Elliot Embleton and Ross Stewart to move up for the first time in four years.

Sadly, Winchester was unable to play any part Sunderland’s play-off run, and this clearly left him pretty frustrated.

Although delighted for the success of his team, the 29-year-old admitted he had been ‘gutted’ to miss such a key part of the campaign through injury.

He took to Instagram to write: “Now that the dust has settled, what a weekend.

“Was gutted to be out injured at such a crucial part of the season with only the last couple games to go but that’s football!”

Winchester added: “All I can say is what a team, what a group of lads, happy to share a changing room with every one of youse! Stuff like that we will remember for the rest of our lives! Proud of every single one of them after everything that’s happened.”

While he may not have been there in the play-off final, Winchester can at least be proud to have been an important player in the league efforts that got Sunderland that far in the first place.

Filling in at right-back, central midfield and centre-back, the 29-year-old made 40 appearances in League One this term, proving that he is a valued member of the squad.

Will Carl Winchester be a key player for Sunderland next season? 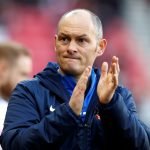 He clearly would have loved to have been on the pitch at Wembley for the club’s most recent triumph, but with the Black Cats no doubt hoping to be back in the Premier League again one day, Winchester may taste further success with the club in the future. With that in mind, he’ll have to get himself fit and ready to go again next term.

In other news: ‘When I used to hear that…’ – Darren Bent issues message to SAFC fans live on TalkSport