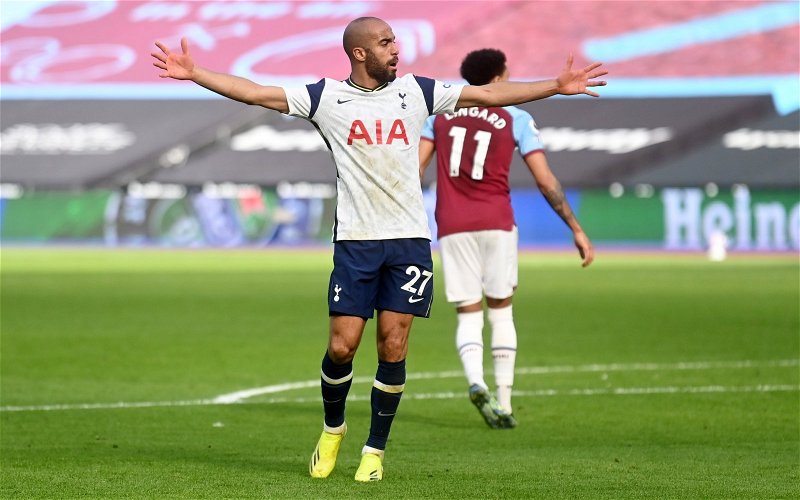 Tottenham Hotspur manager Antonio Conte could look at Lucas Moura on Saturday to make a massive change to his starting XI.

This has been suggested by the Spurs correspondent Rob Guest who believes the Brazilian could replace his fellow countryman, Emerson Royal, against Leicester City.

Would you start Lucas at RWB on Saturday? 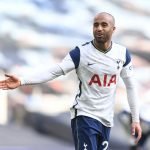 Spurs go into the game against the Foxes on the back of two consecutive games where they have failed to pick up a victory which has put their spot in the top four under scrutiny.

And it is apparent Conte has not been left impressed by Emerson since arriving in North London back in November but has been forced to play him as a result of Matt Doherty’s injury.

With Spurs dropping out of the top four on the weekend, Guest feels Moura could be the answer to Conte’s issues on the weekend to try and provide more of a threat in attack:

“One option Conte could look at is converting Lucas Moura to a wing-back for the remaining games of the season, as the boss did with Victor Moses during his time at Chelsea. However, he has shown no sign of doing that so far during his time at the club,” wrote Guest for football.london.

The issue Conte has at the minute with Doherty out through injury is there is no other senior right-back who could come in and start instead of the Brazilian.

However, with the Brazilian really struggling in recent games, in particular, should Conte take the gamble and start the attack-minded Moura in the wing-back position?

It would certainly be a big call, but in the last two games, Spurs have had a shot on target with none of their wing-backs providing any threat in attack.

Even if Moura was to start, his output in front of goal this season has not been great, but it would offer the 29-year-old an opportunity to prove his worth ahead of the summer window.