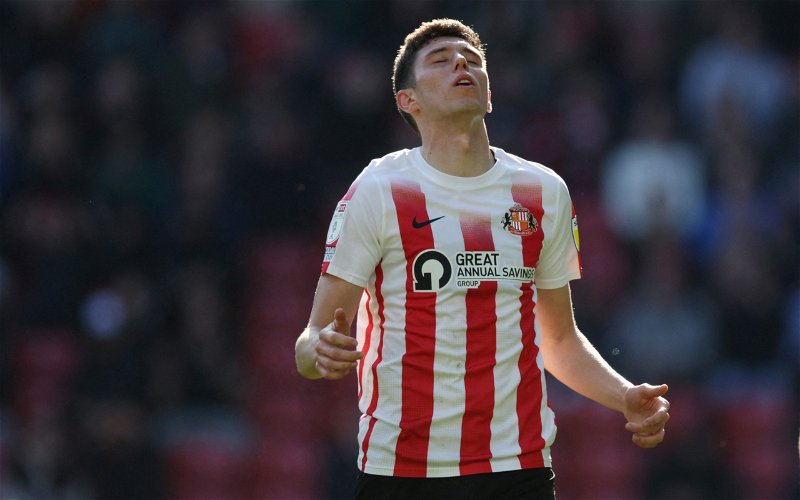 According to journalist Pete O’Rourke, Glasgow Rangers are keeping taps on Ross Stewart as they look for a potential Alfredo Morelos replacement this summer.

Morelos has spent the last five years at Ibrox, but he could be on the move in the near future. There has been more interest in his services this year, while he has stated in the past that he would like to play in a more prestigious league.

Speaking to Give Me Sport, O’Rourke suggested the Gers could move for Sunderland’s Stewart if the Colombia international does seek pastures new. He said, “He has been nicknamed the Loch Ness Drogba by the Sunderland fans, which is a good nickname.

“He can only do what he can do, and he’s scoring goals for Sunderland right now. If they don’t win promotion this season, then they’re going to face a real battle to keep hold of him.

“I’m sure he is somebody Rangers have been keeping tabs on, in case they do lose Morelos this summer.”

TIF Thoughts on Stewart and Morelos

Ross Stewart was praised as an ‘excellent prospect’ by Gareth Ainsworth.

Morelos has been a key player for Rangers for the past half a decade. 113 goals in 224 games for the Scottish outfit is a fantastic return, and his goals contributed to the Bears picking up their 55th Scottish league title last season, their first in ten years.

However, with him soon to enter the last year of his contract, the end of his Ibrox stay could be fast approaching, and the 25-year-old will ultimately need replacing. For Sunderland, Stewart has been lethal this campaign, netting 24 times in 44 appearances as the Black Cats look to secure a League One play-off spot.

Still, this is the only time in his career that he has scored at least ten goals in a single league term and, with Rangers looking to compete in Europe as well as domestically, the step up in quality may be too big for the 25-year-old. Valued at £11.7m compared to Stewart’s £450,000, Morelos would surely bring in a fee that would allow Rangers to capture a more established striker.