Celtic boss Ange Postecoglou has been handed a positive selection problem after his team’s dismantling of 11th-placed St Johnstone, which ended with the home team winning 7-0, according to Glasgow Times journalist David Irvine.

The Hoops ran out emphatic victors after putting seven goals past St. Johnstone, who are fighting for their lives at the bottom of the table. Postecoglou’s side boasted six different goalscorers, with Reo Hatate, Giorgos Giakoumakis, Daizen Maeda, Josip Juranovic and Liel Abada picking up a goal each, while Matt O’Riley scored a brace within three minutes of each other.

Celtic now find themselves nine points clear at the top of the Scottish Premiership, putting pressure on city rivals Rangers who play away at 10th-placed St Mirren on Sunday. But before Celtic can cement themselves as champions of Scotland once again, they will have to face their rivals in the Scottish Cup, hosting the Gers next weekend on April 17th. 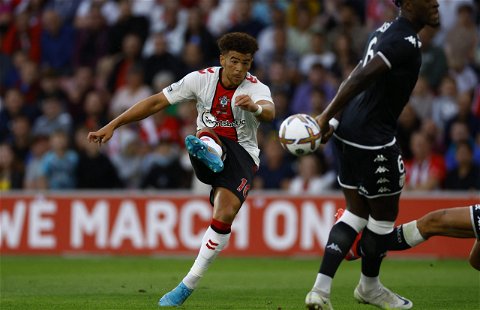 However, this latest victory could prove to offer a problem, albeit a positive one for the Australian manager, as several substitutes showed their worth and ability to start in the first team. Writing for Glasgow Times, Irvine chose two players who could be knocking on the door come next weekend.

He said: “David Turnbull and Liel Abada also looked sharp coming off the bench as Ange Postecoglou was left with a positive selection dilemma for next week’s Scottish Cup semi-final.”

Celtic have been absolutely dominant in the SPFL this season, having not lost in their last 29 league games under Postecoglou. The former Yokohama F. Marinos manager has cultivated a young, talented and winning side in his first season at the club.

Of the players mentioned above, 20-year-old Abada has racked up an impressive 15 goals and 11 assists (Transfermarkt) since his arrival in the summer, while averaging two shots, 1.4 key passes per game with an 80% pass accuracy from an average of 20 attempts per game. He is arguably one of the most underrated young talents in the league.

Former Motherwell midfielder David Turnbull has started to shine under Postecoglou, with nine goals and eight assists in all competitions (Transfermarkt) as well as 2.6 shots and three key passes per game with a spectacular 88% pass accuracy from 52.6 passes per game.

These are just two of the young talents amongst the Celtic squad, but they have shown their worth throughout the season, and in this latest drubbing of St Johnstone, whichever way the manager chooses, they will surely be favourites next weekend.