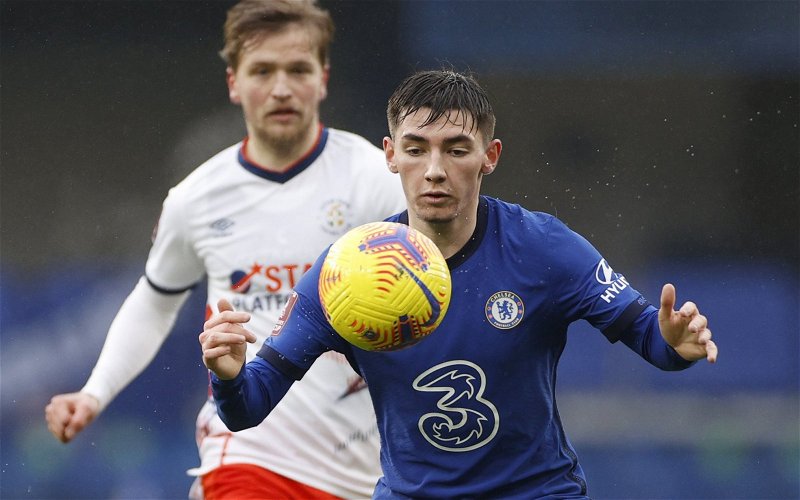 Journalist Pete O’Rourke has hinted at a possible return to Rangers for former academy prospect Billy Gilmour for next season.

Gilmour left Rangers at U17 level back in 2017, but the Scottish international could be set to make a return to the club on loan next season under Giovanni van Bronckhorst, as it has been reported they are one of a few teams interested in acquiring the midfielder from Chelsea.

It is still unsure whether Chelsea will be willing to let the young star go on loan again with his current spell at Norwich City in the Premier League being less than fruitful for the player, having only made 17 league starts for the Canaries, who sit rock bottom of the league and  are destined to go down.

Despite this, O’Rourke believes if he is to go out on loan again, Rangers could be in the driving seat due to the player’s previous relationship with the club having started his footballing career in Glasgow.

Talking to GiveMeSport, he stated: “I think it will definitely give them an advantage, maybe ahead of other clubs, if Chelsea do decide to loan him out.

“I’m sure Billy Gilmour still has a lot of fondness for Rangers from his time there, and it’s something that he might very much be interested in doing, going back there and proving his worth because they never really saw him in the first team because he left the club at such a young age.

“So, I think it would definitely give them an advantage, but again, as I said, Chelsea will decide what happens with Billy Gilmour in the summer.”

Gilmour has impressed in his limited professional appearances, with Liverpool and Scotland international Andy Robertson has previously praised the £10.8m-rated youngster for his ‘special talent’, stating to PLZ Soccer (via Metro): “Billy’s a special talent and it’s about using that talent to keep level-headed – and according to the people close to him, there is no doubt about that.

“He’ll have a huge future and a huge career in the game and I’m excited to see him grow.”

Despite not getting a huge amount of game time for Norwich this season, the youngster has put up some impressive stats, with 1.8 tackles, 0.8 interceptions, one clearance and 1.5 dribbles per game, as well as 1.2 key passes, 1.3 crosses and three long balls per match with an 82.5% passing accuracy (as per WhoScored).

It might be too soon for Gilmour to cement himself in the Chelsea lineup against the likes of N’Golo Kante, Mateo Kovacic and Jorginho, but another loan to a team of the calibre of Rangers would do the young man a world of good. He needs regular first-team football – something that Rangers can offer with the possible outgoings of Scott Arfield and Steven Davis, who will be free agents when the season finishes.