Celtic midfielder Matt O’Riley is deserving of a start in the derby clash on the weekend at Parkhead, according to journalist Sean Martin.

The reporter was speaking on The Celtic Way YouTube channel ahead of Sunday’s crunch game at the top of the Scottish Premiership table.

Who would you start on Sunday? 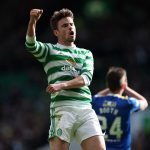 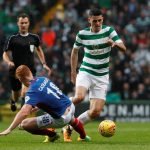 O’Riley has made a bright start to life at Parkhead since arriving in the January transfer window, with three goals and two assists in 686 minutes in the league (via Transfermarkt).

However, starts have not been easy to come by, with half of his 12 appearances in the Premiership coming from the substitutes’ bench.

Although Tom Rogic has had an impressive campaign under Ange Postecoglou, Martin feels O’Riley could provide the Bhoys with something extra in the game on Sunday.

He said: “I think he may actually go with Rogic. I think Postecoglou will maybe pick Rogic, but I’m going to tout O’Riley.

“I think he deserves another shot at Rangers from the start. Add in the fact he takes set-pieces very well, and that he offers, I think, a wee bit more on the other side of the ball, too. And I think I would give O’Riley the nod.”

O’Riley came on in the two previous games against their city rivals, with Rogic struggling in the match at Hampden Park just the other week.

The Danish midfielder’s last outing in the top flight came at Dingwall at the weekend with a start against Ross County, but he failed to impress following the break, according to The Scotsman.

However, the league game prior came as a substitute where he was able to net himself two second-half goals against St Johnstone.

Regardless of who is chosen to start, we think Postecoglou will be delighted to have a selection headache on his hands going into a big game like this.