West Ham United qualified for the Europa League semi-finals on Thursday after a comprehensive victory in France.

The first leg saw the Hammers locked at 1-1 with Lyon, leaving David Moyes’ side needing a huge performance at the Groupama Stadium and that’s exactly what they did.

Craig Dawson opened the scoring with Declan Rice adding a second just before the break. Jarrod Bowen then made it 3-0 just minutes into the second period to ensure that the Hammers made the last four via a comfortable looking 4-1 scoreline on aggregate.

Manuel Lanzini took to Instagram after the game to praise his teammates on their achievements: 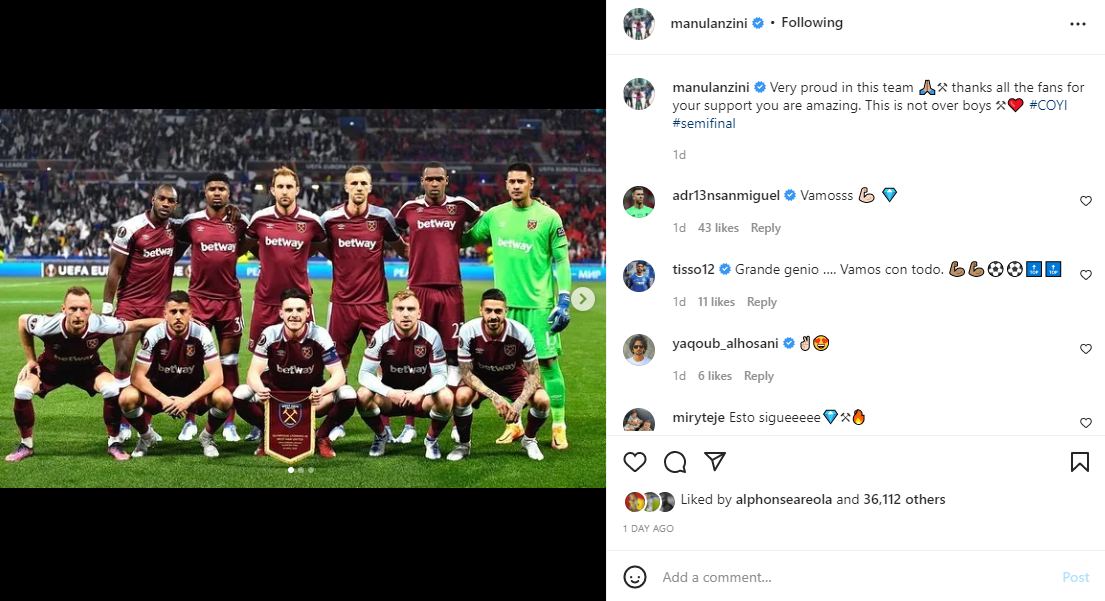 He went on to say ‘this is not over boys’ as a rallying cry to the team, showing their desires to go all the way and taste European success. It’s also ahead of a crucial Premier League clash coming up this weekend for the Hammers.

They host Burnley on Sunday afternoon, knowing they can’t afford to slip up in the hunt for European football next season, however winning the Europa League could see them qualify too.

The Clarets travel to the London Stadium managerless after sacking Sean Dyche, so Moyes’ men will be hoping to take advantage of that to keep tabs on those around them.

With the Hammers still playing for a spot in Europe next season and the possibility of ending their 41-year trophy drought, we think this encouraging message from Lanzini will come to the delight of all West Ham fans.