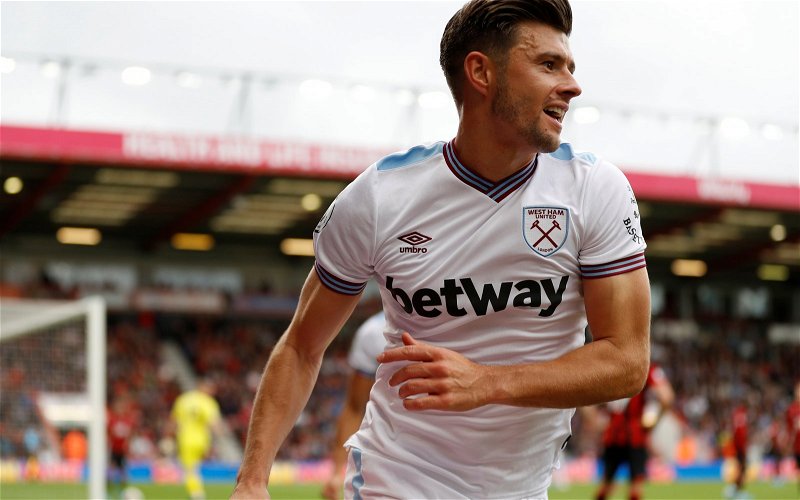 David Moyes will surely have been left furious with Aaron Cresswell following his big mistake against Brentford.

The Hammers were hit with a major blow in their pursuit of a top-four spot after they lost the weekend’s London derby against Brentford 2-0. They registered just one shot on target, showing that they were not able to lay a finger on a side that had been fighting against relegation.

Will West Ham win on Thursday?

From their draining match against Lyon in the Europa League last Thursday, David Moyes decided to make just two outfield changes, which saw Manuel Lanzini and Vladimir Coufal come into the starting lineup, and that appeared to impact them as they were easily put to the sword by Brentford and now sit six points off the top four having played a game more than fourth-placed Tottenham Hotspur.

It might not just be physical fatigue that West Ham players are suffering from, it could also be mental fatigue, as Cresswell appeared to switch off from a quick Brentford throw-in, which allowed Bryan Mbeumo to slip in behind the defender and finish calmly past Lukasz Fabianski to open the scoring.

This mistake and all-round performance saw Football.london’s Alan Smith hand Cresswell a 5/10 match rating, claiming: “Should have been less heavy-legged considering he was shown a red card late in the first half on Thursday night, but the left-back allowed Bryan Mbeumo in behind too casually on a couple of occasions in the first half and was then punished for slack reactions for the opening goal.”

What may be very surprising and almost shocking for West Ham could be that Cresswell has mental or physical fatigue compared to some of his teammates as he was sent off on Thursday night, so only ended up playing one half of football and had more time to recover with fewer minutes in his legs and mind.

Over the course of the season, though, only six players have played more minutes than Cresswell, so the sheer volume of games and minutes may well be starting to catch up on him, but playing in the Premier League and fighting for the top four, Hammers fans won’t expect to see any of their players switching off at crucial moments during the game that could cost them a great season.

This could anger West Ham fans because conceding the goal early in the second half will have kicked even more stuffing out of the potentially already tired Hammers players while also letting Brentford get their tails up, and with it being such an easy mistake to not make, it’s inexcusable from Cresswell.

In other news: Won every single tackle: Tony Cottee blown away by West Ham player, ‘what a performance’