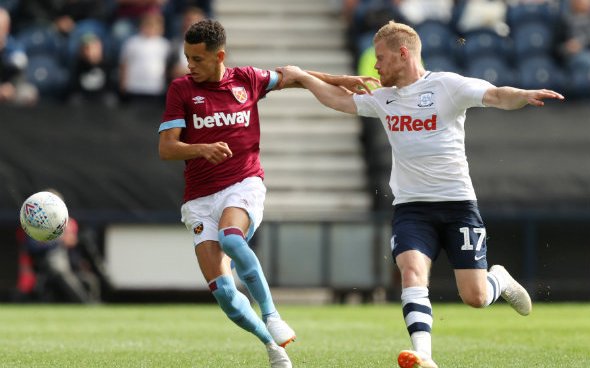 Insider ExWHUemployee has claimed that West Ham United loanee Nathan Holland’s season is ‘effectively over’ as his team won’t make the play-offs.

Ahead of the current campaign, the winger re-joined Oxford United on loan for the season – having spent time there during the 2019/20 season.

Now deep into the spell, it looks as though his time will shortly come to an end. This is because the League One club have only one match left to play and remain five points off the play-off spots.

Will Nathan Holland ever make it at West Ham? 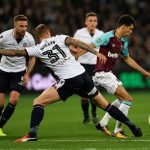 Ex spoke about this on the The West Ham Way podcast, explaining that it was a ‘shame’ as Oxford did look like they might be able to do enough to break into the top six before the end of the season.

He said (1:24:25): “Oxford can now not make the playoffs. So the season is effectively over for Nathan [Holland].

“He’s got one game left I think but that won’t amount in them getting in the playoffs, which is a shame because they were looking likely at one point.”

TIF thoughts on West Ham and there defence…

All in all, it sounds a little bit like a disappointing end to a disappointing loan spell. Indeed, Ex recently claimed that Holland had failed to impress with Oxford and so it has made his chances of making it at West Ham in the future look pretty slim.

The winger will play Doncaster Rovers this Saturday which will be his last game of the season. If he featured in the match, he would have played 36 times in the league this term. Up to now, he has a solid five goals and seven assists in that time.

At 23 years of age, time is probably running out for Holland to make that step from talented youngster into first-team option at West Ham. Even so, he will return from his loan club and aim to impress David Moyes ahead of next season – though perhaps he’ll go out on loan again, or even be sold.