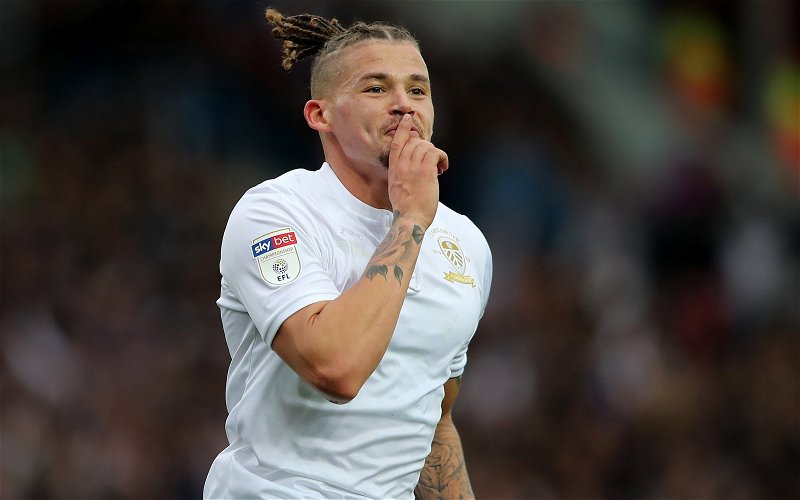 Journalist Pete O’Rourke has reported Tottenham Hotspur could be in for a major transfer in the summer, with England star Kalvin Phillips mooted for a big move to north London.

Under Antonio Conte, Spurs have enjoyed a complete turn in form, as the Italian manager has led the team into the battle for a top-four place as they sit fifth, only two points behind rivals Arsenal with a game between the two still to come before the end of the season.

A big reason for their recent turn in form has been down to January signings Dejan Kulusevski and Rodrigo Bentancur, who have become regular starters for the Lilywhites under Conte.

Since they signed, Kulusevski has racked up an impressive three goals and six assists in his 13 Premier League appearances, while Bentancur has been influential in the midfield.

Conte will want to continue this good run of transfers in the summer to strengthen the squad and make the push to finish further up the table, and solidify them as a top-four team and eventually a title challenger. This brings us to the rumours of Spurs looking at Leeds United midfielder Phillips, who has impressed since the team’s promotion to the Premier League after the 19/20 season.

Reports have suggested Conte is a fan of the midfielder, and transfer expert O’Rourke has tipped them to push for a move for the England international to improve the squad.

Talking to GiveMeSport, he stated: “If you could attract somebody like Kalvin Phillips, it would be a huge fillip to the club to get him, considering there’ll be so much interest in Kalvin Phillips this summer.

“I think we all know the likes of West Ham have tried to sign him, Aston Villa are very keen, Manchester United also.

“If Spurs were able to lure somebody of the calibre of Kalvin Phillips to the club, it would be a big signing, and it’s somebody who would definitely improve that squad.”

TIF Thoughts on Phillips to Spurs…

Regardless of whether Spurs finish in the top four or not, they need to make sure they back Conte in the transfer window and build around the ideas of the Italian manager. This could be their best chance at competing for the Premier League title and the Champions League since their time under Mauricio Pochettino.

Someone who could vastly improve their chances at achieving this is Phillips, as the midfielder has bundles of energy and pressing qualities – where he ranks in the 99th percentile according to FBRef – which would suit Conte’s playing style and would give more chances for their stacked attack of Harry Kane, Heung-min Son and Kulusevski to get goals without dropping deep into their own half.

Despite being injured for a lot of the season, Phillips has averaged impressive stats, averaging 2.1 tackles, 1.2 interceptions and 0.8 clearances per game, while averaging an 84.7% pass accuracy (WhoScored), so it is clear to see why he could be useful to Spurs and why O’Rourke sees him as a potentially exciting signing.