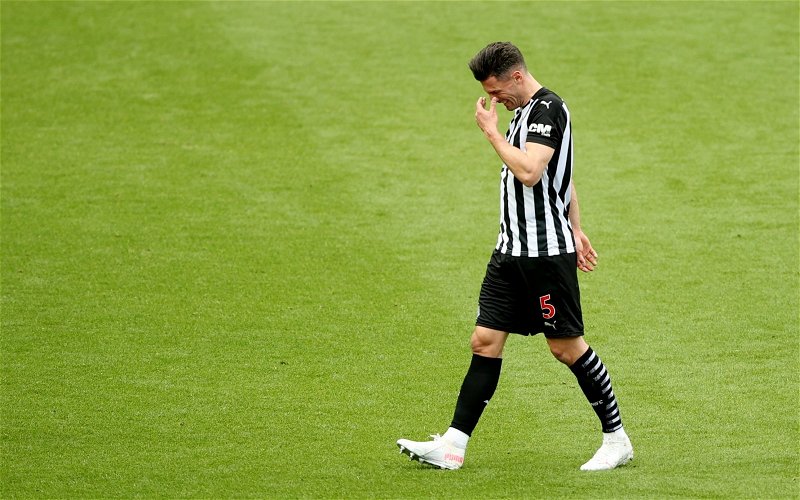 Newcastle United’s run of six home wins in a row was ended by the quadruple-chasing Liverpool on Saturday afternoon, with the Magpies’ resolve not strong enough to keep the Reds out.

Newcastle came out of the blocks fast, but couldn’t force any real chances, with Liverpool showing their class in the opening 45 minutes. Naby Keita expertly took three players out of the game with a sharp turn, before powering the ball home in the only goal of the game.

Although the Magpies restricted the Premier League’s top scorers to just the one goal in the game, the defence still had plenty of room for criticism.

Fabian Schar was slammed by Lee Ryder in his match ratings, handing him a 6/10, justifying it with: “A tepid display by his own standards. Taken off with a knock after an hour.”

It was certainly a poor day for the defender when looking at his stats on SofaScore. Albeit having left the action prematurely, he only had 18 touches of the ball – a worryingly low amount compared to goalkeeper Martin Dubravka, who had 53.

Schar also didn’t win a single ground duel in the game, with his possession of the ball being sloppy. He attempted 15 passes, but ended with a pass accuracy of just 47%, which is shocking at any level, let alone the Premier League.