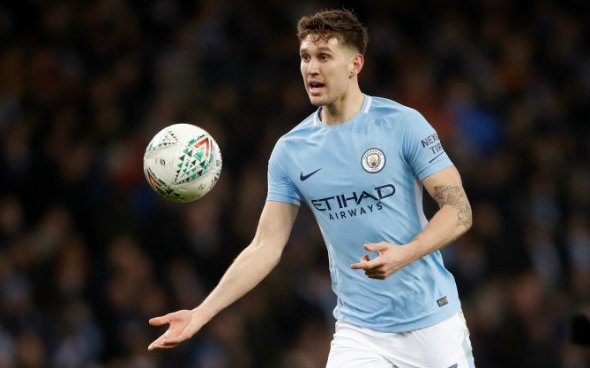 Injury specialist and Sky Sports contributor Ben Dinnery has claimed that John Stones may be set for weeks on the sidelines after he was forced off with a hamstring injury against Real Madrid.

It may have come as a surprise to see Stones in the lineup against Real Madrid on Tuesday night, and the risk failed to pay dividends after the English defender was forced off due to injury in the 36th minute of the game.

Stones has not been overly used by Pep Guardiola this season for Manchester City, he has made just 13 appearances in the Premier League, with only 11 of those being starts, but he has suffered from hamstring issues, which forced him off the field on Tuesday night.

After Stones saw his game cut short against Real Madrid, Ben Dinnery spoke on the Premier FPL Injuries YouTube channel and highlighted the severity of the injury.

He said: “We could be looking at several weeks on the sidelines, you’re hoping that John Stones recognised that there was an issue in there, he didn’t want to push it any further and therefore he was replaced.”

Kyle Walker has been the mainstay right-back for Manchester City this season, but he has been out of action since the second leg against Atletico Madrid in the quarter-final of the Champions League, and Stones had to step in during the first leg of the semi-final, even with a slight hamstring issue.

The issue was made worse as he was forced off due to injury, which means he could miss a period of games, and this is bad news for Guardiola. We head into the business end of the season, and Manchester City are in the driving seat to win the Premier League, as well as being potentially one game away from the Champions League final.

Guardiola would be keen to have Stones fit for the remainder of the season, as he may have to rotate his squad with them still having to play midweek games, as well as Premier League games at the weekend.