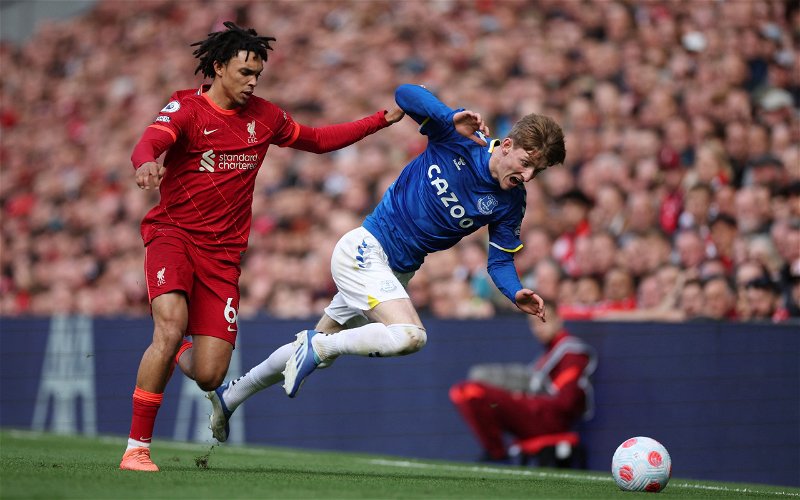 Speaking ahead of their Champions League clash with Villarreal, Gabriel Agbonlahor has pinpointed Trent Alexander-Arnold as Liverpool’s weakness.

Liverpool are the heavy favourites to progress to the final as they take on the Spanish outfit in the semi-finals, but Villarreal are the current Europa League holders and knocked out Bayern Munich in the last round, meaning they cannot be underestimated.

There are few weak points amongst Jurgen Klopp’s squad, but according to Agbonlahor, Alexander-Arnold is the main one. Speaking on TalkSPORT on Wednesday morning, he said: “I know Trent Alexander-Arnold is an amazing footballer, but he’s the weakness defending.

“So if I’m Villarreal tonight, I’m putting my quickest player possible on that left-hand side on Trent Alexander-Arnold.”

Offensively, there is hardly a full-back on the planet who can compete with Alexander-Arnold, especially given the level at which he competes. In 219 games for the Reds, he has 61 assists, including at least 10 in each of the last three Premier League campaigns. He is pivotal to Klopp’s side in that respect and has revolutionised the full-back role.

Defensively, though, it is a different story. As Agbonlahor went on to mention on TalkSport, Anthony Gordon caused Alexander-Arnold all kinds of problems in the Merseyside derby on Sunday. Of course, any Liverpool weaknesses are relative – they are currently competing for the Premier League, Champions League and FA Cup, and are not far from perfection.

The 23-year-old is hardly a liability, therefore, but if Villarreal were to cause an upset, perhaps targeting the £72m-valued England international – especially with the likes of Samuel Chukwueze at their disposal – is their best chance of getting in behind the Reds’ back four and working Alisson.