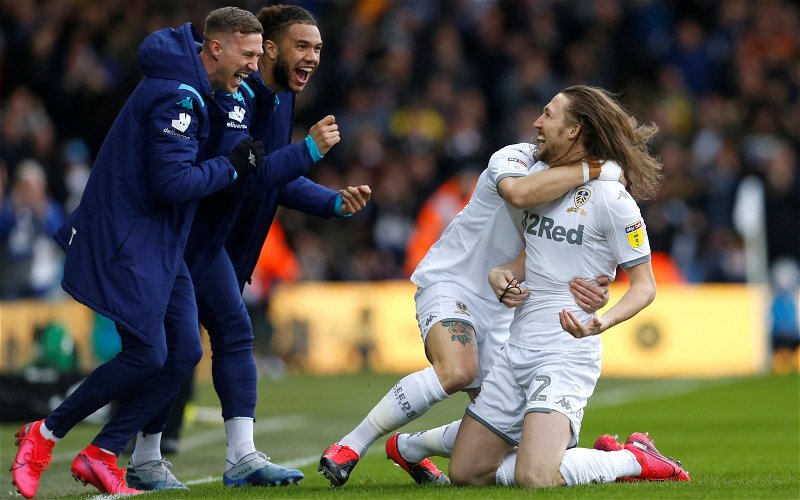 Leeds United gave their hopes of Premier League survival another boost on Saturday as they earned a point against Southampton at Elland Road.

The Whites took the lead in the game thanks to a Jack Harrison strike just before the half hour mark. It didn’t take the visitors long to respond in the second period, less than five minutes after the restart they were level. James Ward-Prowse found the back of the net from yet another free kick.

Luke Ayling’s first half antics caught the eye of those watching the game, he attempted to wind up Ralph Hasenhuttl in the first period, something he managed to do!

Phil Hay was doing his usual live updates on Twitter for supporters and noticed what Ayling did in the first half. The journalist took to Twitter to say: “A beauuuuty of an Ayling flop, right in front of Hasenhuttl. Southampton manager goes mad and gets a big grin. #lufc.”

The Leeds defender may have been successful in winding the Southampton manager up, but Hasenhuttl had the last laugh with his side securing a point at Elland Road.

Although not the outcome the Whites will have wanted, it still sees them climb closer to Premier League safety. They now have an eight point cushion to Watford and the drop zone, although Leeds have played a game extra.