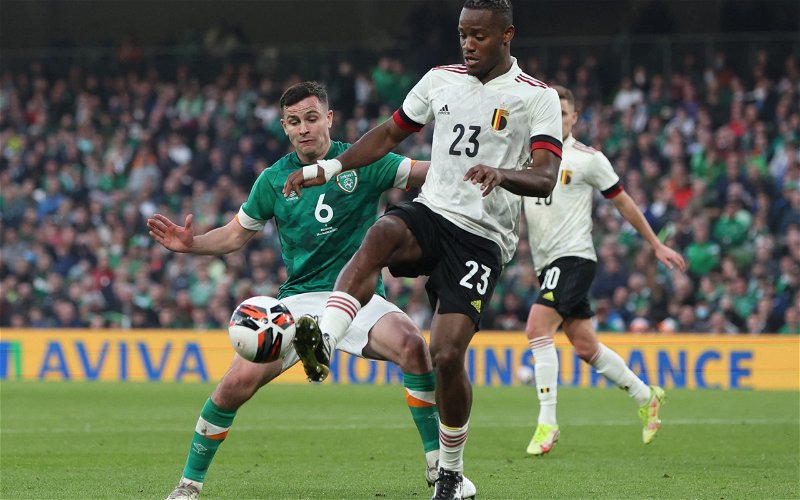 Journalist Dean Jones has claimed Leeds gambling on another striker who doesn’t produce could be bad news for Leeds after Michy Batshuayi links.

Michy Batshuayi is reportedly ready to leave Chelsea on a permanent deal in the summer, and Leeds United are flirting with the idea of offering him another crack in the Premier League. He signed for the Blues in 2016 but has struggled to settle in at Stamford Bridge after he has been sent out on loan to four different clubs.

The Belgium striker has been in fine form whilst in the Super Lig with Besiktas, he has scored 14 goals and registered five assists in 29 league games.

Despite the 28-year-olds impressive form whilst on loan this term, Dean Jones highlighted to GiveMeSport that it may be a gamble for Leeds to offer him a deal at Elland Road.

“For Leeds to take a gamble on another striker that doesn’t produce the goods consistently would be really bad news. The only thing I can say is that they do want a striker that’s got Premier League experience, so at least he ticks that box. Let’s wait and see how it actually opens up,” Jones said.

Michy Batshuayi has been in fine form for Besiktas this season. He is the club’s top scorer in the Super Lig with 14 goals and is just one goal away from Umut Bozok who is the top scorer in the entire division.

Leeds United have struggled for goals this term with heir top scorer being Raphinha with 10, after last season’s top scorer Patrick Bamford has missed the majority of the campaign due to injury.

Despite Bamford expected to be fit ahead of next season, Jesse Marsch may look to bring in another forward in the summer, in case a similar situation happens so he will have suitable cover. With Batshuayi’s impressive goal-scoring form this season, he may be a good option for the American boss in the upcoming transfer window.