Slaven Bilic has been speaking live on Sky Sports about the concerns he has over Everton’s Premier League survival chances.

Everton’s chances of staying in the Premier League took a major blow on Wednesday evening when they were beaten 3-2 by fellow relegation rivals Burnley despite taking a 2-1 lead, conceding the winning goal in the 85th minute.

Will Everton be relegated? 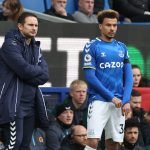 The Toffees now find themselves just one point and one place above the bottom three having also played the same amount of games as Burnley, who have a great chance of leapfrogging them this weekend as they take on Norwich City, whereas Everton welcome Manchester United to Goodison Park.

Former Toffees defender Bilic is not very confident about his former club staying in the league, as when he was asked if they have forgotten how to win, he replied with ‘It looks like’ before adding that Frank Lampard’s side now have ‘big problems’.

He said: “It looks like [they have forgotten how to win]. They’re under pressure, they’re in problems now, big problems. It’s a massive club, it’s a big club and they were aiming for top eight or whatever, for improvement, and it’s not the first time that they are in this situation this late in the season and they have to start winning the games.

“Nobody is looking forward to being in the relegation battle, but Norwich, Watford and Burnley, they’ve been there already.

“They’re not enjoying the situation, but they’re not afraid of being in this position, so they know how to act and they have good memories about it – or bad memories.

“But with Everton, it’s completely new for these players and it’s a shock for them, and now Frank’s got a big task.”

TIF Thoughts on Everton’s battle against the drop…

It is quite a damning claim from Bilic, and while it may not be totally surprising, it will be a stark reminder to the supporters of the grave situation they are in. That said, the fact he believes the teams below Everton hold an advantage over the Toffees is sure to be a culture shock as they potentially head towards uncharted waters.

Everton are one of the few English sides to have never been relegated from the Premier League, however, that could very easily change come May with the Toffees sitting second-bottom in the form table and having some of the toughest fixtures still to play, including games against Manchester United, Liverpool, Arsenal, Chelsea and Leicester City.

On paper, Everton have some top-quality players such as Donny van de Beek, Dominic Calvert-Lewin and Richarlison, but they just have not been able to click and gel together on the pitch at any stage this season, which has been a huge problem for both Rafael Benitez and now Lampard as he looks to somehow turn the club’s fortunes around.