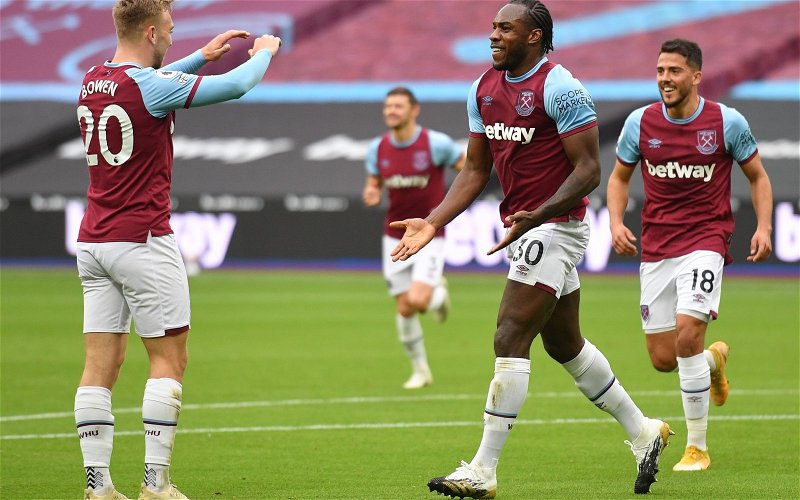 It was recently reported in The Athletic that his foot injury is ‘worse than first feared and that he could now be set to miss the Hammers’ Europa League quarter-final meetings with Lyon due to a fractured bone in his foot.

The first leg of that game is due to take place on 7th April, but Ex has revealed that there is actually hope he is back in action after the international break to play Everton on 3rd April.

Sharing his information on The West Ham Way Patreon page on Monday, he wrote: “As we said on the podcast last week, the scans on Bowen’s injury are showing a potential fractured bone in his foot, this has been reported in the mainstream media today.

“The same person who told us about the fractured bone believes the player has already started working on a treadmill and has started fitness work. The club are hopeful that he should be able to return after the international break to face Everton alongside Vladimir Coufal, who is recovering from his hernia operation. Fingers crossed that there are no setbacks.”

Indeed, the fact that he was originally reported to be at risk for the Lyon game means that this news from Ex will come as a huge boost for West Ham, with their star man now possibly returning for the Everton clash.

The 25-year-old picked up the injury against Liverpool earlier this month, and has not been fit to play any football since then. Fortunately, this did not prevent West Ham from overcoming Sevilla to make it into the next stage of the Europa League.

But with Lyon to play, they will no doubt want their star player fit and ready for the game. Bowen has scored 12 goals and registered 11 assists in all competitions this season, with his form key to his club’s success.

While it certainly looks as though it will be a race against time to get the winger fully recovered for the Everton match, if he can return for the game, he should also be fit to play in that huge European tie.