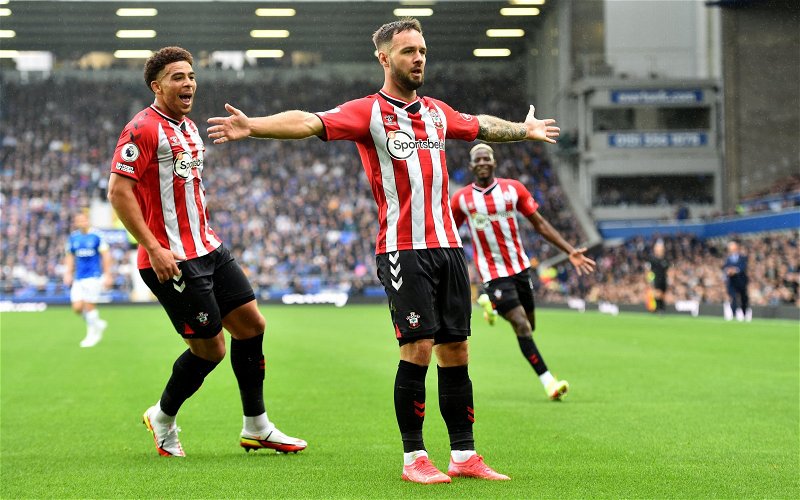 Journalist Tom Barclay has claimed that Adam Armstrong is likely to come good for Southampton next season despite failing to impress this term.

Armstrong has featured sparingly for Southampton this season after signing in the summer, making just 14 starts in the Premier League whilst scoring twice and assisting three times.

Che Adams took a similar route to Armstrong after he impressed in the Championship and made the move to Southampton, and it took the Scottish forward time to get used to the Premier League after he scored just four goals in his debut season, but he is now the main man up top for the Saints and has seven goals in 23 league games this term.

With Armstrong taking a similar path to Adams, whilst talking to GiveMeSport, Barclay has compared the two and identified the potential that the former Blackburn Rovers man has as a Premier League striker.

“Adam Armstrong hasn’t set the world alight, but look at Che Adams, he’s a good Premier League striker. He is now scoring goals after struggling in his first season, so don’t be surprised if Armstrong next season is playing at a much better level and is a much more consistent player,” Barclay said.

Armstrong has not been a main part of the Southampton side in recent times, having been an unused substitute in five out of Southampton’s last nine games in all competitions. He has missed four big chances for the Saints this season and averages 0.7 shots on target per game, as per SofaScore.

Although Armstrong has scored just twice so far in his first season with Southampton, he did score an impressive 28 goals in 40 Championship appearances last term, so it may just be a case of giving him time before he gets back to his goalscoring ways.

The 25-year-old forward joined Southampton for a fee in the region of £15m so Ralph Hasenhuttl will surely be keen to give Armstrong time to prove his worth, as he saw something in the striker to splash that type of money on him.