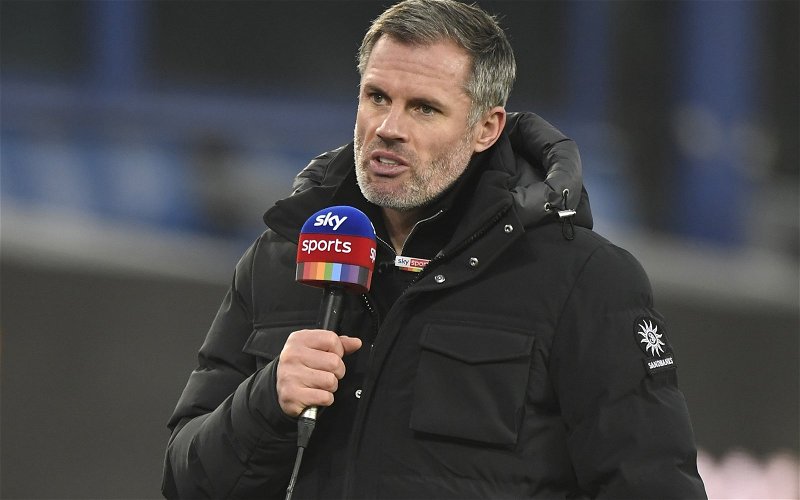 Newcastle United suffered their first league defeat of the calendar year on Sunday afternoon, falling to a late defeat at Stamford Bridge.

It was a valiant performance from Eddie Howe’s side who were undone by a moment of Kai Havertz brilliance in the last minute of normal time. The Magpies can feel hard done by after an incident in the first half could have seen the German receive a straight red.

Are Newcastle United all but safe now?

Although not the result Newcastle will have wanted or feel their performance deserved, Jamie Carragher had plenty of praise for Matt Targett: “Delivery from Targett on point again. On set-pieces, sometimes from free play, that left foot of Targett is so good. There was obviously a lot of talk about when Kieran Trippier came in and he came in a little later. He’s played a lot more of course with Trippier’s injury. It’s a huge improvement.”

He was in inspired form with the ball, completing all attempted crosses and long balls as per SofaScore.com. He also completed his only attempted dribble in the game, receiving the second highest rating in the Newcastle ranks by just 0.1 according to the website.

Given the fact as Carragher says, Trippier joined alongside him in the January transfer window and started off his own career at St James’ Park with a bang, Targett’s performances have somewhat gone under the radar.

Newcastle may have lost their first game of 2022 in the Premier League, but while once a loss was met with despair, now, it doesn’t seem as big a deal. They still have a nine point cushion to the drop zone, with the form of those below not giving Howe anything to worry about as things stand.