Newcastle United reporter Liam Kennedy has dismissed the idea of the club making a move for Eden Hazard at any point in the near future.

Reports back in January from the Spanish press seemed to hint at the idea of Eddie Howe’s men making a move for the Belgian, claiming that Newcastle had even gone as far as making a bid for his services, only for him to turn down the offer of a move to St James’ Park.

According to more reports coming from Spain, Newcastle are still eager to make a deal happen and have reportedly ‘started talks’ with his current club Real Madrid over a possible move to bring him back to the Premier League – a league he did very well in during his days at Chelsea, as he scored 85 goals in the top flight.

Speaking on the latest edition of NUFC Matters, Kennedy discussed the idea of Newcastle making another move for him and hinted that based on his attitude and the way that the club are looking to conduct themselves, the 31-year-old doesn’t necessarily fit the profile that the club are trying to create.

He said: “I would take a lot of these rumours with a pinch of salt, to be honest.

“I do think they’ll want a marquee signing at some point, but I think the way things are going with the hand that Eddie Howe’s had in the type of the players and the attitude and listening to Amanda last week talk about heart and integrity ahead of certain players with egos, I’m just not sure that’s a type of player they’re going to target in the short term, but we’ll have to wait and see.” 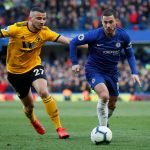 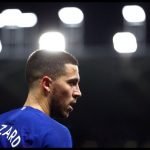 The comments that Kennedy refers to came from Amanda Staveley’s interview with The Athletic in which she spoke about Newcastle boss Howe, saying: “He’s so detailed, so hard-working. You don’t know when you’re interviewing someone what they’re going to be like, but he’s got huge integrity.”

And given some of the comments that have come out surrounding Hazard and his attitude, you can see why Kennedy doesn’t think that he would be a natural fit to the kind of side that Newcastle are trying to create.

So whilst they might be looking for marquee signings, as he hints at, it looks as if unless there is a drastic change in terms of his character, you can more or less rule out the idea of Hazard wearing the black and white stripes next season and beyond.

In other news: ‘I suspect…’ – TalkSport man hints at potential ruthless PIF decision at Newcastle