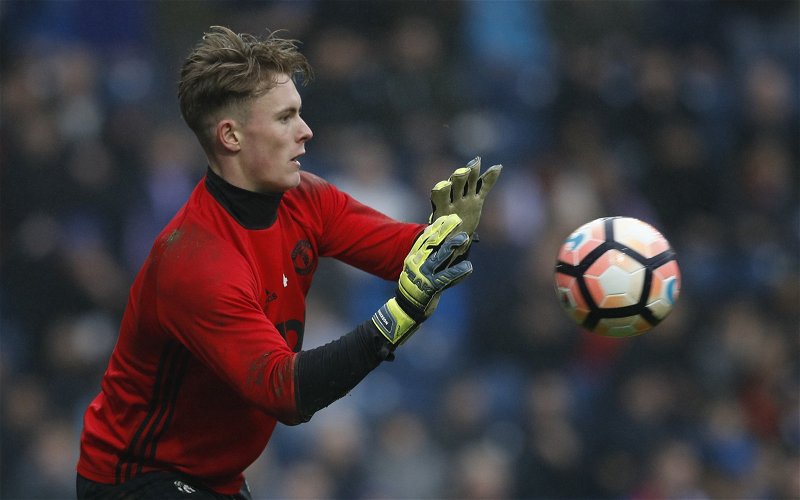 Journalist Dean Jones has claimed that goalkeeper Dean Henderson is at the top of Newcastle United’s summer transfer wishlist.

Henderson has been out of favour this season, having not played a single minute in the Premier League as David de Gea has been the main man in between the sticks at Old Trafford. In the second half of last season, the English ‘keeper was favoured over the Spaniard and featured 13 times in the Premier League.

Newcastle are set to have a busy summer in terms of investment, and they are reportedly ready to launch a move for the Manchester United goalkeeper to replace current first-choice Martin Dubravka.

Amid Newcastle’s interest in Henderson in January, Jones spoke to GiveMeSport and noted that he is still the main target in terms of goalkeepers for the Magpies.

He said: “At the moment, he is the frontrunner in terms of priorities for a new goalkeeper. I just hope that it all pans out in a way that they can actually get it done this time because he has been on their radar for a little while now.”

Henderson is yet to feature regularly for Manchester United since he spent a season on loan with Sheffield United, where he featured 36 times in the Premier League, and this is down to De Gea claiming the number-one spot at United.

During the 2019/20 season with Sheffield United, Henderson kept 13 clean sheets, but he has been out of favour amid his return to parent club Manchester United.

With his impressive form in the past for Sheffield United, he is seemingly too good to be a No 2 ‘keeper, so a move to a club like Newcastle United, who are progressing forward, would be a good move for the Englishman.