Everton: TalkSport pundit believes club appointed Lampard with ‘half an eye’ on the Championship

TalkSport pundit Jason Cundy has given his thoughts on Everton and the reason they may have appointed Frank Lampard.

Things haven’t gone totally smoothly for the former England man at Goodison Park. Despite progressing into the quarter-finals of the FA Cup, results in the Premier League haven’t been quite as easy to come by, with just one win to his name in the league meaning the Toffees are now deep in a battle to stay in the division.

Their most recent result, a 5-0 drubbing at the hands of Tottenham Hotspur, was the heaviest defeat that they have suffered under Lampard and makes it plainly obvious just how tough a task it will be to keep them in the division.

However, Cundy has hinted that relegation may very well have been factored into the equation when they appointed Lampard back in January.

Speaking on TalkSport as part of a conversation with Andy Goldstein, he claimed that based on the fact Lampard has managed in the Championship before and did a reasonable job there, the Everton board may have appointed him with the thought of him bringing them up rather than perhaps keeping them up in the first place.

“To give him that length of time… because Frank’s managed in the Championship.

“Why have they given it to someone like Frank? Because it’s a calculated risk, you know bringing in Frank, he’s good with young players.”

Will Lampard keep Everton up? 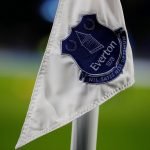 Cundy would later go on to say that he felt Newcastle United pulled a similar move in appointing Eddie Howe as someone who could have got them out of the Championship if they went down.

If his hunch is correct, whilst it may come across as a pragmatic approach for Everton to have taken, to look long-term at someone who may be able to promote them if the Toffees’ attempts to stay up this season fail, it does also come across as a bit of a surrender from the team.

Whilst Lampard did do an impressive job with Derby County, taking them to the play-off final before ultimately falling to Aston Villa, surely the priority would be to make sure that they stayed in the top flight first and foremost rather than looking at relegation and bouncing back.

Hopefully for Everton’s sake, they won’t need to go through that situation, but there is going to have to be a lot of work done between now and the end of the season for them to avoid the drop, because on current form, it looks as if they may well be heading for their first relegation since 1951.