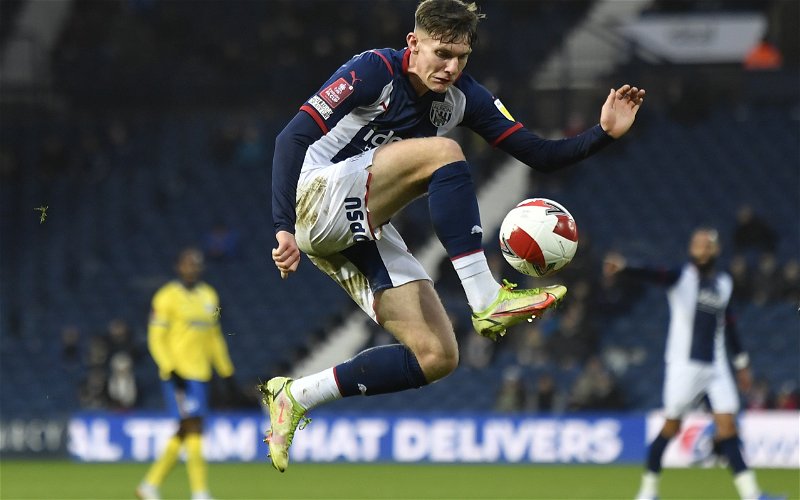 West Bromwich Albion journalist Joseph Masi has given his thoughts on the performance of Taylor Gardner-Hickman following their recent win.

At his sixth attempt, Baggies boss Steve Bruce managed to pick up his first win since being appointed at The Hawthorns this past weekend as they picked up a 2-0 win away from home to give their very slim chances of making it into the play-offs a much-needed boost.

Karlan Grant got both of their goals on the day, but according to Masi, there were incredible performances all over the pitch at the MKM Stadium that played their part in helping West Brom pick up all three points.

He expressed his views on the Express and Star YouTube channel after the game on Saturday, but he reserved particular praise for 20-year-old Gardner-Hickman, with a particular focus on the fact that he was playing in midfield on the day – something that he has been wanting to see for some time now.

“I completely agree with that, I wanted Taylor Gardner-Hickman to play in midfield as well. It’s a strange thing to call for. He played very well at Coventry, he was officially Man of the Match, but he’s only started one game in central midfield for Albion this season, and that’s an important point – the clamour for Taylor Gardner-Hickman to play was based on one start, and that is worth thinking.

“Wow, he was amazing today, he was really good. Won a penalty early in the second half through winning the ball high up the pitch, just right on the edge of the box, he was dragged back, blatant penalty. All Taylor Gardner-Hickman, that penalty; he did absolutely fantastically well to win it. His passing was good today, his energy, he gave so much energy.”

Masi’s comments are backed up by the stats that Gardner-Hickman was able to produce on the day, proving to be an effective player both in attack and defence. Not only did he complete 86% of his passes, but he also completed three dribbles, made one tackle and won two aerial duels on the way to a 7.54/10 match rating (via WhoScored).

This was just his 12th appearance of the season, but he has been utilised all over the pitch during the course of the campaign. This can be a bonus as it shows his flexibility – something James Milner has flourished in during his career – but at such a young age whilst he’s still developing, it can be dangerous if he’s constantly having to chop and change and affecting his roles on a weekly basis.

He is showing some promise at the club, ranking in the top six for tackles, crosses, key passes and blocks per game, as well as pass completion (via WhoScored), but if he’s changing position every week, it could be hard for him to settle. It’s time the club picked a position for him and stuck with it, and based on Masi’s comments, that position might well be in midfield.