At the time of writing, Celtic ace Yosuke Ideguchi took to his Instagram story 20 minutes ago to provide the Hoops fans with an exciting injury update.

The Japanese midfielder has only made three appearances for the Bhoys since arriving in Glasgow earlier in the year as a result of an injury issue.

Would you start Ideguchi tomorrow?

Ideguchi picked up a knee injury in the Scottish Cup against Alloa Athletic back in January, which saw him replaced just after the hour mark.

The 25-year-old midfielder made his return to action on the weekend in the Bhoys’ latest cup clash against Raith Rovers with a brief 21-minute cameo at the end of the game.

And he took to his Instagram story on Wednesday afternoon to reassure the fans his return to action was a success, with a video of him in training at Lennoxtown.

Along with the video, the Japanese midfielder captioned the story with the following: “Long time no see the condition of the legs is also good.” 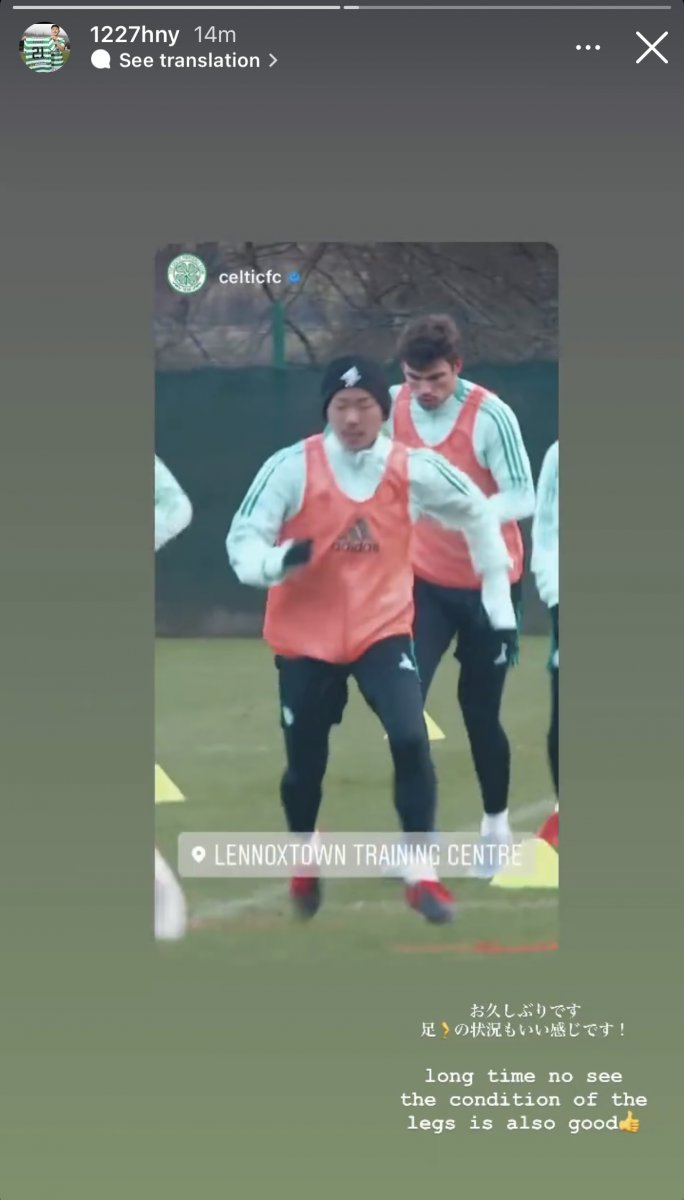 This update comes ahead of Celtic’s Europa Conference League clash on Thursday night against Bodo/Glimt in front of the Parkhead crowd.

Ange Postecoglou currently has a selection headache in midfield with Tom Rogic now back from international duty, Reo Hatate showing sensational form and Nir Bitton scoring at the weekend.

But after a difficult start to life in Scotland, could the Japanese midfielder be set to make his full return on the weekend against Dundee?

In other news: ‘I am told’ – Worrying news emerges for Ange and Celtic