Spurs went 30 days without making a single signing during the January transfer window, only to confirm a double deal for Juventus pair Kulusevski and Rodrigo Bentancur, with the former arriving on an 18-month loan deal.

Will Kulusevski be a flop at Spurs? 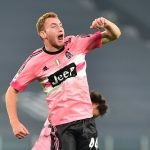 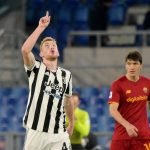 These types of deals may have been expected to be more common, with Fabio Paratici using his contacts at his former club to bring in players, but Spurs fans could have expected potentially better options, with Kulusevski having started just five league games all season.

Tighe is interested in how this deal came about and what Kulusevski can do at Tottenham.

“He’s not too dissimilar to Gareth Bale, just without that blistering, blistering pace – obviously, not quite as good. Kulusevski’s a strange player, and he’s going to be an interesting watch, and you don’t see many like him.

“The other part of the deal I really like is it’s just such an Italian transfer, so Tottenham’s director of football, Fabio Paratici, has come to the Premier League in the last seven or eight months, and he’s very much brought the Italian style of transfer with him.

“It just stands out to me because it’s just so different and it’s just very amusing that Paratici has come to England and gone, ‘no, no, we’re not going to do transfers like that, I’m afraid, we’re going to do them my way’ – and he’s done it.”

Kulusevski may well have been a slight panic-buy from Paratici after they missed out on their two bigger targets in the form of Adama Traore, who joined Barcelona, and then Luis Diaz, who ended up signing for rivals Liverpool.

The Sweden international has featured 74 times for the Old Lady, netting nine goals and teeing up his teammates 10 times, so it may only be right if Tottenham fans have been left slightly underwhelmed by this signing, especially when Diaz slipped through their grasp.