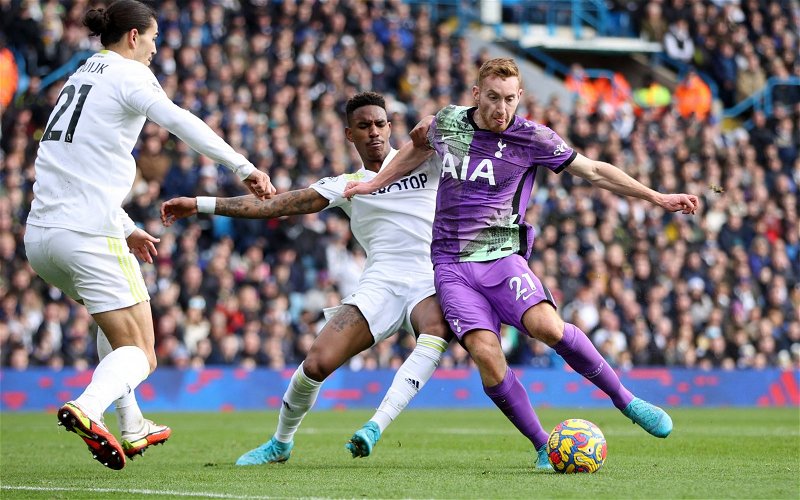 To say that Kulusevski has settled well into life at Tottenham would be something of an understatement.

He’s already managed to put up two goals and one assist during his time in north London, including playing a key role in their recent victory over Manchester City by scoring one and assisting the winner, and he also scored an impressive goal this past weekend as they dispatched Leeds United 4-0 to position themselves very nicely in the battle for Europe.

Crooks wrote about the Swede in his latest Team of the Week column, which included a team containing two other Spurs players in the form of Harry Kane and Matt Doherty. Crooks praised Kulusevski for his goal on the day whilst also claiming that he has quickly taken a liking to the 21-year-old.

He said: “I said when I selected this kid for my team last week that he looked very comfortable in a Tottenham shirt. Well, he’s rapidly becoming a favourite of mine. The way Dejan Kulusevski took his goal against Leeds was just pure class.”

Will Dejan Kulusevski be a good signing for Tottenham?

If Crooks has been impressed with Kulusevski after this short stint in the side, then you can only imagine what Tottenham Hotspur fans must be feeling at this time getting to watch him every week.

Not only has he got two goals to his name, but he also made such an immediate impact in the side that he is already ranked in the top three for shots, key passes and dribbles per game within the Tottenham side (via WhoScored).

There is still a lot of football to be played between now and the end of the season, and if he’s able to carry this sort of form out through to the end of the campaign, then his reported loan fee of £8.3m could well go down as one of the better bargains in recent memory, especially if his impact is able to take Tottenham into the Champions League.

In other news: ‘He’s going to’ – TalkSport man claims Spurs ace to make decision which will upset Conte