Newcastle managed to pull off some major coups during the January transfer window, with the arrivals of Kieran Trippier and Bruno Guimaraes examples of major signings, given their pedigree in domestic and European competition.

Who should start for NUFC when fit? 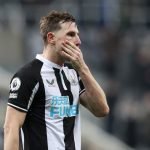 It’s the latter that has caught the eye of many people, including Romano, who went out of his way to congratulate Newcastle and PIF for the way they managed to get their business done during January – especially luring Guimaraes into a relegation battle.

Romano was full of praise for Newcastle and PIF.

He said: “They signed one of the best midfielders in the world, because Bruno Guimaraes is a player who can play a Champions League final with no problem, and so when you sign this player and you’re Newcastle, you’re showing your ambition and you’re doing something for the present and the future.

“I can see Bruno Guimaraes staying for five years with no problem at Newcastle. So congrats to them, because Arsenal, Juventus – many clubs were interested in signing him in the summer, but they’ve been really fast, and so it was not an easy negotiation.”

The Magpies ended up signing five players throughout January, with Trippier and Chris Wood arriving at the beginning of the window and the latter three coming in towards the end, but overall, Newcastle fans should be happy given every signing improves their squad and would likely start when everyone is fit, apart from perhaps Wood.

Guimaraes has swapped regular football in Europe with Lyon for a relegation scrap on Tyneside, which speaks volumes of the project Newcastle are building at the moment, and the players who buy in early on to help keep the club in the Premier League could be rewarded more heavily and feel a sense of pride.