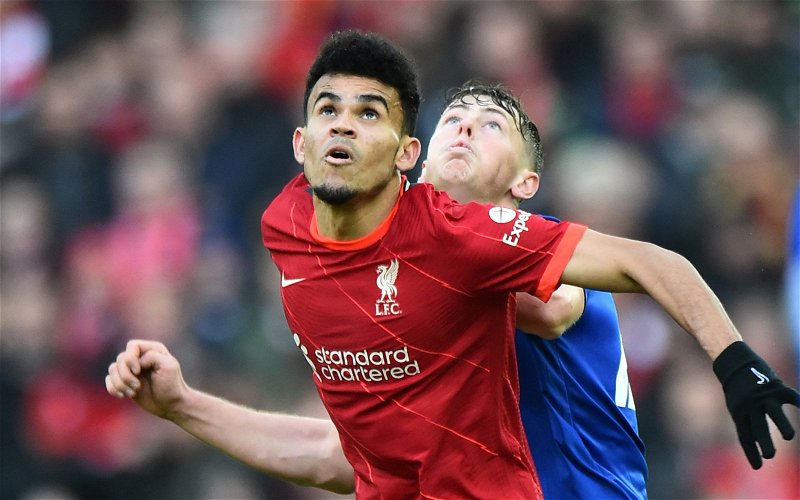 Paul Ince has applauded Luis Diaz after signing for Liverpool from FC Porto in the recent January transfer window and having an excellent start as a Reds player.

The former Liverpool man has described the Colombian as ‘special’, and has even gone as bold to predict that he could potentially go on to be a ‘legend’ at Anfield.

Ince also claimed that his arrival could signal that a departure for Mohamed Salah or Sadio Mane could be imminent.

He said: “I watched him at Porto and he was special. It’s a good bit of business for Liverpool. They’ve brought in Jota and Diaz so does this mean Salah or Mane might go? It’s a lot of money but Diaz looks brilliant. He’ll score goals and create.

“He’ll only get better and better, and Liverpool fans will love him. He could easily be a legend at Liverpool.”

Diaz has impressed greatly in his opening games with Liverpool, especially in his full league debut against Leicester, despite failing to register a goal or assist, as Jurgen Klopp sang the winger’s praises after the game.

As Ince said, ‘he’ll only get better and better’, and once he fully adapts to the English game and adds goals and assists to star performances, he could be a force to be reckoned with.

He scored 14 goals and registered five assists in the Portuguese top flight for Porto in 18 games, according to Transfermarkt. And if he can implement some of this form into the remainder of the season for Liverpool, they could be huge contenders to lift the Champions League.

Diaz is just 25 years old, so still has a lot of time left in his career. Therefore, if Salah or Mane, who have been ever so consistent for the Reds over the past seasons, were to leave, he could certainly act as a suitable replacement.

Although Salah has an emphatic goalscoring record this campaign with 16 goals and nine assists in 22 league games, he has been heavily linked with a move away from Anfield. But Klopp may well have already prepared for the Egyptian’s exit with Jota and Diaz’s introductions into the first team.