Can the Leicester City miracle ever be repeated? 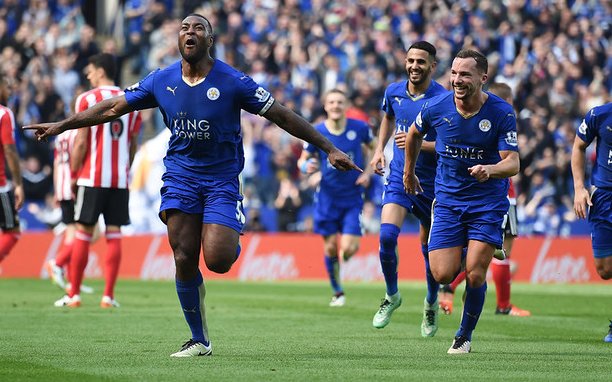 The 2015/2016 season was a truly memorable campaign. Leicester City, led by the talented Ngolo Kante, Riyad Mahrez and Jamie Vardy shocked the world to claim the Premier League title. They were massive outsiders at the start of the season, but that didn’t seem to faze them. Can this miracle be repeated?

Can they do it again?

Despite proving that there’s quality outside the so called ‘big six’, Leicester have failed to finish in the Champions League places since 2015/2016. Regular campaigns in Europe’s premier club competition would be a selling point for new players, and the Foxes might eventually start to challenge regularly.

At the start of the 2015/2016 season, they were 5,000/1 outsiders to win the title. This season, the Foxes have spent most of the campaign in mid-table, but the latest Premier League odds have them priced at 13/1 to finish in the top six, so a late push for a European spot is not out of the question.

The elements of Leicester’s success

Algerian winger Riyad Mahrez was a player signed by Leicester back in their Championship days for less than £500,000. He rose to the occasion during Leicester’s title charge, and like the club as a whole, made the world take notice. During Leicester’s title campaign, Mahrez scored 17 goals in 37 league appearances. The best goalscoring return of his career.

Then there was the incredible story of Jamie Vardy. The former Non-League striker became the first Premier League player to score in 11 consecutive games. He finished the campaign with 24 goals and was also named The Football Writers’ Association Footballer of the Year.

The Foxes also had a strong defence, giving them a solid base. Playing in front of Danish keeper Kasper Schmeichel was the experienced Robert Huth and Wes Morgan. All three of these players were integral.

Can another team cause a similar shock?

Manchester City are currently massive favourites to win the title. Should they fail, it is expected that Liverpool or Chelsea will try to take their crown. Looking beyond this season, will Newcastle United use their newfound wealth wisely and start to challenge? Outside of that, West Ham United could be a team on the verge of taking the next step in the hierarchy of the Premier League. With huge crowds every week at the London Stadium, they are certainly an attractive proposition for a new player. Should they qualify for next season’s Champions League, things could get even better. Could they start to challenge in 2023?

This statement is something we often but is it the case? In reality, you could argue that Leicester’s success was a one-off in a predictable league. You will occasionally see shock results but by the end of the season, the bigger clubs tend to find themselves towards the top of the table. Leicester have managed to become established in the higher end of the Premier League table. It remains to be seen if they can maintain a title challenge, but their FA Cup success in 2021 proved they can compete amongst those so-called top clubs.