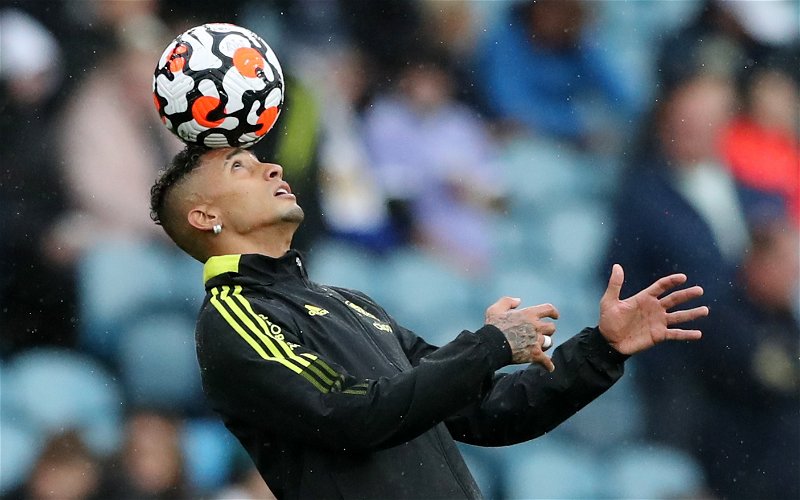 Leeds United star Raphinha could be set to sign a new deal with the club as negotiations are in a positive place.

According to a report from The Yorkshire Evening Post, both the 25-year-old and the club are in contract negotiations, as it claims: “Victor Orta’s dialogue with the Brazilian winger’s representative Deco remains ongoing and the Whites believe that while an agreement isn’t imminent, the negotiations are in a positive place.”

Raphinha is someone who is currently valued between €40m-€50m (up to £41.7m) by the CIES Football Observatory – a group that has developed a powerful econometric approach to assess the transfer value of professional footballers on a scientific basis.

With this in mind, perhaps a new contract is just what Leeds require to fend off any potential suitors – not that reports have suggested the Whites would be willing to sell anywhere near what the science suggests the winger is worth.

This scientific value won’t be something that Victor Orta and Andrea Radrizzani will like the look of, as the Whites will reportedly only consider an offer of over £50 million for the attacker.

Of course, at the end of the day, the club are the ones who decide the ultimate value of a player when it comes to potentially selling them, but the fact that Raphinha’s only statistically valued at around £40m is quite a surprise. He’s starting to establish himself on the international stage, grabbing a goal for Brazil in the last international period.

We aren’t the only ones that feel this either as former Leeds goalkeeper Paul Robinson claimed last year that the winger is worth around £80m.

Raphinha has been one of the few bright sparks for Leeds this season in a campaign that has the possibility to turn incredibly sour given their proximity to the relegation zone. His eight goals lead the way for Marcelo Bielsa’s men as they have taken a major step back from where they were last season.

So it seems that teams would have to break the bank for the Brazilian, either by virtue of a brand new contract or his current asking price. Given the disparity between pundits’ comments and the club’s valuation when compared to the scientific data, perhaps this is a warning that Raphinha’s value to Leeds may not be representative of his true worth in the game today.

In other news: Manager tipped as ‘good choice’ to replace Bielsa at Leeds; BBC pundit said he’s got the lot’